Yet Another New Writing Team for 'National Treasure 3' 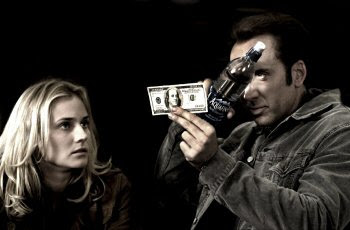 In case you're breathless with anticipation over the alleged Christmas 2011 release of National Treasure 3, writers Carlo Bernard and Doug Miro, who replaced the scribblers of the first two films, Cormac and Marianne Wibberley, have been sacked. The new writing team is now Brian Koppelman and David Levien. who scripted The Rounders and Ocean's Thirteen.

Jon Turtletaub is still slated to direct, but time is ticking by and the production season is filling up fast. Wouldn't be surprised if the release date of this one slipped, especially since the last Cage/Turtletub matchup, The Sorcerer's Apprentice, floundered at the box office.
Posted by Christopher Hodapp at Saturday, March 26, 2011