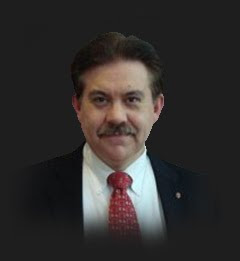 Each year, the Grand Lodge of Minnesota AF&AM bestows the Duane E. Anderson Excellence in Masonic Education Award at its annual communication. Read the story of Right Worshipful Brother Duane E. Anderson, PGM, and the award given in his honor, here.

The 2011 National recipient at the 158th Grand Lodge of Minnesota Annual Communication in St. Cloud, April 8-9, 2011, will be Illustrious Brother Arturo de Hoyos, 33°.

Art is a Past Master of McAllen Lodge No. 1110, AF&AM of Texas, and is the Grand Archivist and Grand Historian for the Supreme Council, 33°, Scottish Rite of Freemasonry Southern Jurisdiction in Washington, D.C. He is respected the world over as an an authority on the history, rituals, and symbolism of Freemasonry. Sometimes jokingly referred to as the "Grand Archivist of the Universe," he is the author, editor, and translator of numerous books and articles. He has an encyclopedic memory, reads many languages, and has been responsible for the rediscovery and illumination of numerous works about the Scottish Rite, including Pike's Esoterika, David Bernard's Light on Masonry, and the incredible Scottish Rite Ritual Monitor and Guide. And he's a first class shot.

Past recipients of the award:

2007 Akram Elias, Past Grand Master, Grand Lodge of the District of Columbia