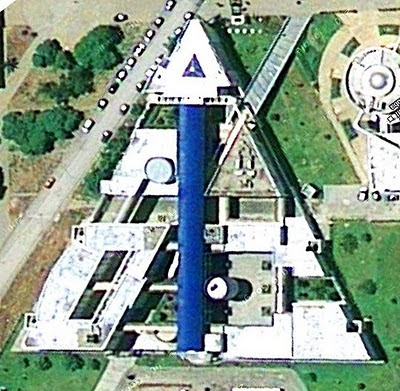 All that gazing into the street map of Washington, D.C. hunting creepy Masonic symbolism is so 2009. Tunisia is where we Freemasons really control the architecture. Apparently.

Have a look on the University of La Manouba campus. 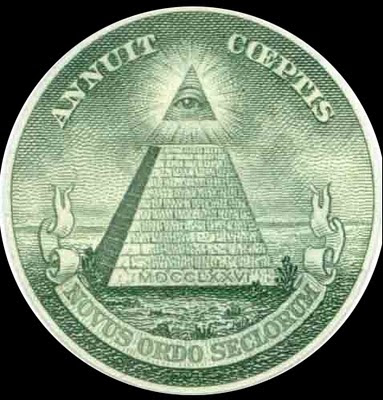 According to Brother Kent Henderson, Freemasonry came to Tunisia as it did with so many other African and Middle Eastern countries with the European colonial expansion of the 19th century. In 1879, the Grand Orient of Italy assembled eight French-speaking lodges in the country and formed the Grand Orient of Tunisia. By the time of WWI, lodges also proliferated from the Grand Orient de France, the Grande Loge de France, as well as French co-Masonic obediences.

Habib Bourguiba became Tunisia's first president from 1957 to 1983, and was accused by critics of being a French Freemason. His attempts to create a pro-Western, non-Islamic dominated government, much like Kamal Ataturk in Turkey, were criticized by a growing Islamist population, and his purported Masonic connection became added baggage to that criticism. Yet, Bourguiba passed a Law on Associations in 1959 that forced the closure of all but one lodge in the country, and it finally shut down in 1964. (See Realities magazine, "La Franc- maçonnerie en Tunisie : Bourguiba était-il franc-maçon?" 19-01-2009)

Henderson mentions a lodge that opened in 1998, Logia Italia No. 16, meeting quarterly at the Oriental Hotel, but little is known about it, and the lodge may in fact no longer exist.

H/T to Sammy Agina for the Google Map coordinates.
Posted by Christopher Hodapp at Saturday, March 05, 2011