Onetime LA Home of Manly P. Hall Up For Sale 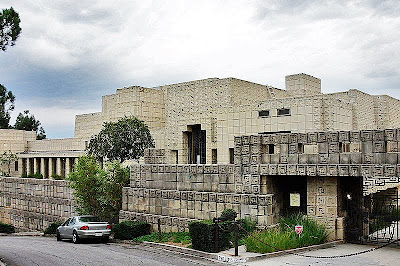 After years of neglect and a long troubled past, Frank Lloyd Wright's historic Los Angeles Ennis House is up for sale. If it looks familiar, you've probably seen it in movies like The House on Haunted Hill, Bladerunner, The Rocketeer, and many more. It's hard to miss its iconic cast cement block pattern pillars and door frames, and its pseudo-Mayan temple silhouette. What you may not know is that it was briefly the home of famed esoteric author Manly P. Hall. 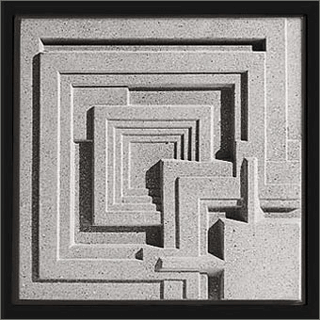 The original owners who commissioned the home were Charles Ennis and his wife Mabel. Charles was originally from Pittsburgh, and relocated to LA to open a clothing store. Ennis was a Freemason, and some have squinted at the concrete block design and seen a Masonic square and compasses in it. Ennis only lived in the house for four years after it was completed. He was also a Knight Templar, and when he died in 1929 his funeral service was conducted in the living room by Los Angeles Commandery No. 9.

For a detailed telling of the Ennis House story, see LA Magazine: House on Haunted Hill from 2006. That article briefly mentions Manly Hall's time in the house:

Founder of the Philosophical Research Society on Los Feliz Boulevard, author of The Secret Teachings of All Ages (a history of esoterica), and a spellbinding speaker, Hall was one of Los Angeles’s most charismatic figures of the 1930s. Although he worried about the leaks (“water gathered in the zigzags of the blocks,” he later recalled), he did nothing to stop them. For him, the house was a stage set for an outsize life. Using the glass-tile fireplace as a backdrop, he set up an ornate lacquered Buddhist shrine and held court for an array of seekers and celebrities.

Have a look at a terrific slideshow of photos by the LA Times here.

The house has just undergone a multi-million dollar renovation, and its price has been cut in half, from $15 million down to $7.5 million. CurbedLA.com, describing the property, says,


"While we're sure Ennis would be a great place to live, it might also make a really perfect Masonic Hall--the pattern on the Ennis' textile blocks is "perhaps an allusion to the Masonic Order, of which *[Charles Ennis, who commissioned the house,] was a member, and the organization's symbol, the compass with the letter 'g' in the middle representing God."

It would indeed make a breathtaking Masonic lodge, if only the neighbors didn't bitch any time more than three cars show up.