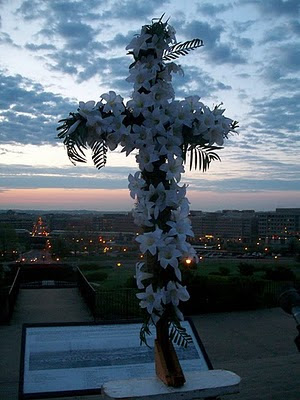 For the first time, the Knights Templar will be officially sponsoring Easter Sunrise observances on both the East and West Coasts.

The 81st Annual Easter Sunrise Service, sponsored by the Grand Encampment of Knights Templar of the United States of America, will be held on the steps of the George Washington Masonic Memorial, Alexandria, Virginia, on Sunday, April 24, 2011. 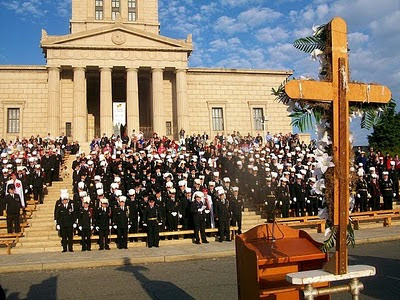 The parade will form on the lane leading up the hill and will step off at 7:30AM. The Service will begin at 8:00AM, and will be conducted by Right Eminent Grand Prelate, Sir Knight William D. Hartman.

For information on other events and to make reservations, see the Grand Encampment website here.

(Photos from the 2010 Easter celebration)
Posted by Christopher Hodapp at Tuesday, March 29, 2011