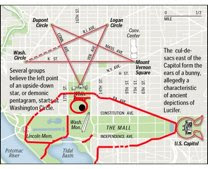 With Dan Brown's The Lost Symbol being set in Washington DC and involving the Freemasons, undoubtedly we're in for more of the same, tired accusations about Masonic symbols in the streets of the capitol being Satanic or otherwise occult talismans of eeeeevil.
My favorite remains the Satanic dachshund "designed" into the Mall.
But the U.S. is not the only place such theories pop up. A recent post on Blog Maçonnique reports the French Solidarity Party has denounced the architecture of a French "super-prison" in Fleury-Mérogis as being "Masonic architecture." Fleury-Mérogis is the largest prison in Europe, with some 3,800 prisoners.
Here it is from overhead. 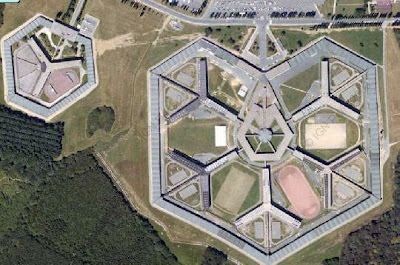 And here it is when the French Solidarity Party goes after it with their crayons: 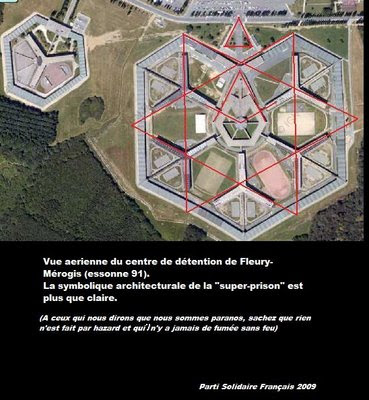 A Pyramid. A Star of David (or Sign of Solomon, or Zionist flag, depending on your favorite creepy, paranoid kink). And naturally, a Masonic square and compasses in the center. For what purpose, that remains unclear in the FSP material. 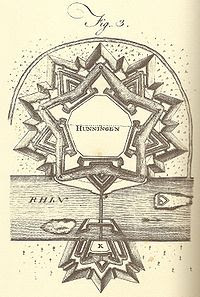 Never mind that the prison design is not dissimilar to famous 17th century French military engineer Sébastien Le Prestre, Seigneur de Vauban's plans for pentagonal fortifications to protect forts from siege. Like this one at Huningue on the Rhine.

There's another one of those Satanic pentagrams again! Or is it only evil and Masonic if it is turned upside down?

While we're looking around Europe, here is the alleged "Masonic" compasses in Brussels: 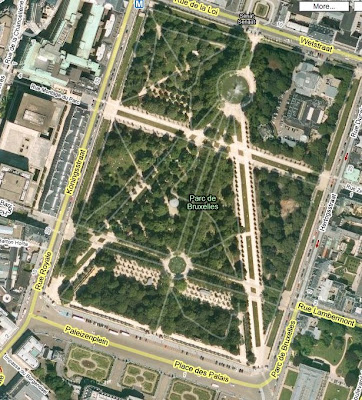 The Piazza Del Popolo in Rome: 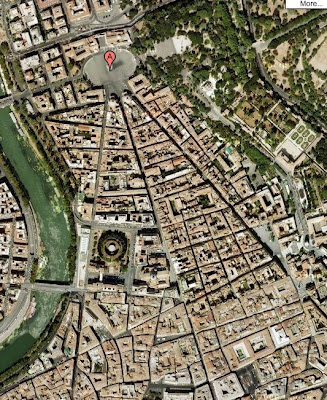 And since we're talking about Vauban, the Place Vauban, in Paris. 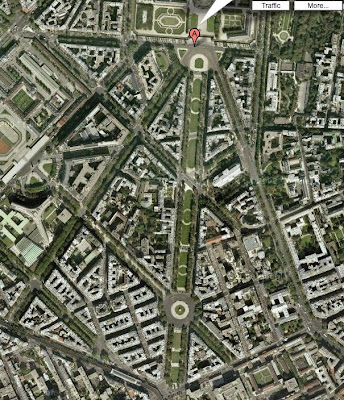 But if the all-powerful Masons put them there, where are the "squares" to go with the compasses? (Well, the Paris streets line up, but Rome and Brussels don't. Cue the conspiracy theramin: the left side of the "square" at the bottom leg of the compasses is Boulevard Garibaldi, named after the famed Italian revolutionary and Freemason).
Posted by Christopher Hodapp at Tuesday, July 21, 2009