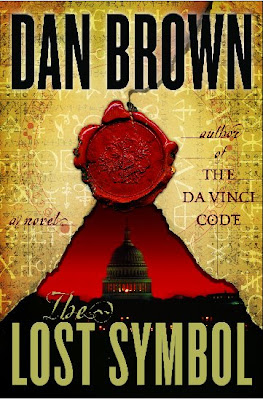 If there was any question before, there isn't any more. The cover of Dan Brown's new novel, The Lost Symbol, has been released. The US version shows the Capitol, placing the story in Washington D.C. The wax seal features a double -headed eagle, reminiscent of the seal of the Scottish Rite of Freemasonry, the No. 33, and the Latin phrase, Ordo ab Chao ("Order from Chaos") The seal is set against a background of symbols of the zodiac and alchemy. 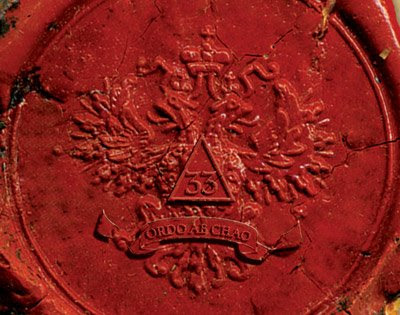 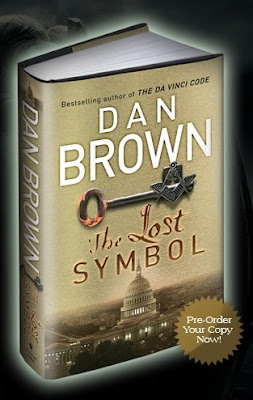 The UK version of the cover is even clearer, featuring a key with a Masonic square and compasses (echoing it's discarded Solomon Key title, but probably giving Brother Robert Lomas a bit of a fit with its resemblance to his "Hiram key" symbol).

The Lost Symbol is due in stores September 15th.

In the meantime, friend and Brother Mark Koltko-Rivera has been deciphering the pre-publication clues released by Brown's publisher over Facebook and Twitter. Check out his Key To The Lost Symbol Tweets.

And if you want to get a jump on how Freemasonry and the city of Washington D.C. are intertwined and many of the likly sites that Brown will use in his book, check out my book Solomon's Builders: Freemasons, Founding Fathers and the Secrets of Washington D.C.

Brown's Da Vinci Code sold 81 million copies and is the 6th most popular book in the history of the English language. It's long awaited sequel will introduce literally millions of people to Dan Brown's version of who and what the Freemasons are, whether it is true or not (ask Opus Dei about that one). Masons all over the world need to polish up their elevator explanations, and grand lodges need to be prepared for greater interest. And scrutiny. The clock is ticking.

From a Reuters story:

Brown's U.S. editor Jason Kaufman from Knopf Doubleday, an imprint of Random House, said in a widely reported statement that the book is "largely" set in Washington but "it's a Washington few will recognize."

"As we would expect, he pulls back the veil -- revealing an unseen world of mysticism, secret societies, and hidden locations, with a stunning twist that long predates America," said Kaufman.