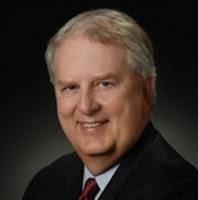 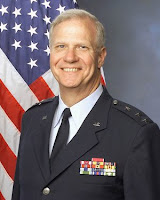 Both former Gov. Roy Barnes (left) and David Poythress (right) are vying for the Democratic nomination for Governor of Georgia this year, and both also happen to be Masons. As a result, both have been dragged into the controversey over race in the Grand Lodge of Georgia. InsiderAdvantage Georgia is reporting some interesting developments today.

Poythress, a Mason for more than a decade, told InsiderAdvantage Wednesday afternoon he spoke to the Grand Master after the charges hit the media. “He authorized me to say that he is preparing a public statement that will definitively eliminate the question about whether a person of any race can be a member of Masonry – they can.”

Poythress said he is certain that are some individual Masons in Georgia who are racially biased, but does not believe they represent the bulk of Masonic membership or the precepts of the organization.

“Are there individuals who have a 19th Century attitude? Of course, just like in church there are so-called Christians who have socially unacceptable ideas. But Masonry as an organization is far from it. Its principals are very much egalitarian,” Poythress said.

Barnes said in an e-mailed statement to Insider: “As stated by Grand Master Ed Jennings ... there is no color or racial prohibition to be a member of the Masons. As he further noted, Mr. (Victor) Marshall was correctly admitted as a member of the Gate City Lodge. This is correct and I agree with it. I would not be a member of an organization that would exclude persons on the basis of race.”

Asked why he thought the Grand Master would first issue a declaration stating that Marshall was a “regular” Mason but then refer to a Masonic trial the charges attempting to assert that he wasn’t, Barnes, a lawyer, wrote: “I don’t know enough about Masonic law to be able to tell you whether it was correct. He may have had no choice. I simply don’t know.”

Also according to the article, Grand Master Jennings has said the charges submitted for Masonic trial are being dropped. (Although when another reporter attempted to verify that information today, she was told by the GM "You must know more than I do.") When this article was posted, the attorney for Gate City Lodge was not yet prepared to drop their civil suit. According to attorney and Gate City member David Llewellyn:

The Grand Master’s withdrawal of the case “accomplishes one purpose of the suit but there are other (issues) involved which include the fact that this appears to be an effort to punish those of us who belong to this lodge,” he said.

Llewellyn added, “The Lodge and Brother Bjelajac (the leader of the local lodge, known as a Worshipful Master) want to make sure this isn’t a continuing effort.”

Among the group’s concerns, he said, is that a separate petition is circulating among some of the other local lodges in Georgia to convene a special session of the Grand Lodge. “It doesn’t say why, but we have reason to believe it is to revoke our charter. We believe it would be without due process.”

If the Grand Master has indeed dismissed the charges and does indeed issue a statement concerning race and membership, this will be a major step.
Posted by Christopher Hodapp at Wednesday, July 01, 2009