Verdict in Haas vs. Grand Lodge of West Virginia AF&AM 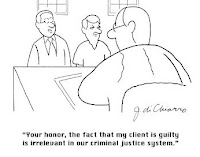 Kanawha Circuit Court Judge Carrie Webster ruled on Tuesday that the Grand Lodge of West Virginia AF&AM violated its own internal rules in the manner in which PGM Frank Haas was expelled without a Masonic trial. However, today the jury awarded NO remedy or damages on the breach of contract. The upshot: Grand Lodge was wrong to expel Haas in the manner it did, but there are no legal penalties of any kind against them for breaking those internal rules.

Haas was not reinstated as a Mason by the Court. His lifetime membership in West Virginia remains forfeited.

UPDATE:
See the article Jury sides with Grand Lodge in Mason expulsion case in the Charleston Gazette.
Also Jury finds Masons not guilty in case in The Charleston daily Mail.
Written by Christopher Hodapp at 12/15/2010