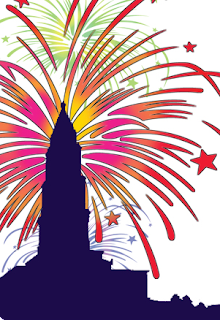 First Night celebrations take place around the world on New Year's Eve as a more family-friendly alternative to the traditional drinking, hurling, fights on the lawn, and removal of trousers over one's head that frequently marks the ringing in of the new year. The original event was founded in 1976 by a group of civic-minded artists in Boston, but it has grown around the country and the world. Coffee shops, retail stores, hotels, museums and other public buildings get transformed into performance venues to showcase a variety of local talent, with games, food, marathons, and impromptu performances popping up along the way.

Alexandria, Virginia began its First Night celebrations back in 1994, and the George Washington Masonic Memorial plays an important part. A free "trolly" shuttles folks up and down King Street in Old Town for music, stand up acts, kid-friendly events, food, shopping, dancing, and more. And because the Memorial dominates the end of Old Town on its commanding hilltop, everyone eventually heads up to gather on the lawn for the midnight fireworks. Throughout the evening, the lodge rooms, auditorium, and even the front steps at the Memorial host entertainment, as well.

Something to think about with your Masonic Temple building in your town to help be a bigger part of your community. 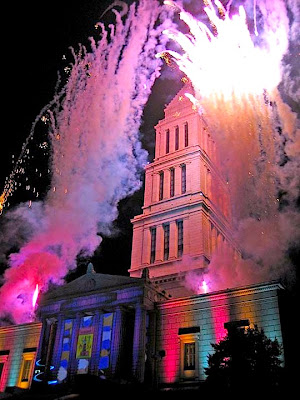