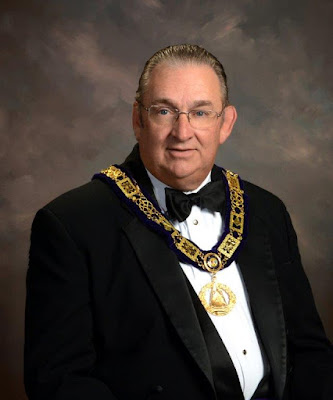 by Christopher Hodapp
UPDATE: This article was been updated on 2/5/2021 at 6:00PM to correct information about the number of Zoom gatherings held online by Mike Smith. The original post incorrectly stated that one meeting was held.
A story from the Grand Lodge of South Carolina has been brewing for several months under the wire, but details are starting to come to light. According to several sources, South Carolina Past Grand Master Michael D. Smith has been expelled from the fraternity following a Grand Lodge trial commission on January 30th.

PGM Smith served as Grand Master in 2017-19 (South Carolina's GMs serve two year terms.) Prior to his expulsion, he was serving as Lieutenant Grand Commander of the Scottish Rite Southern Jurisdiction (second in command only to the Grand Commander), as well as SGIG for the Orient of South Carolina. Mike Smith is widely admired and well-liked, not only in his home state, but throughout the wider Masonic community, and his expulsion comes as a shock to many Masons. He has been a Freemason since 1980.
PGM Smith's bio page is still available for the time being on the GL of SC website HERE. His many accomplishments and offices held are impressive. 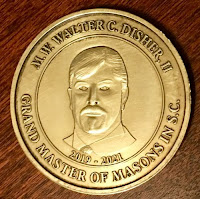