I am always looking for great Masonic gift ideas, in addition to books. I have absolutely no connection to any of these companies, and simply throw them out to you in the spirit of encouraging fraternal capitalism.

Check this posting occasionally. I will update it as I find more. 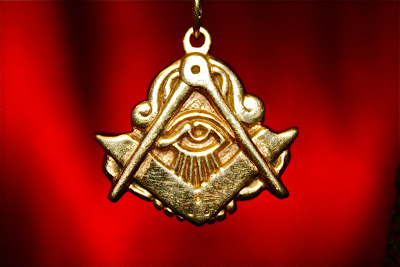 Brother Andrew Horn's The Master's Jewel.
I have long admired his reproduction of the jewel worn by Sean Connery in The Man Who Would be King, and Alice made me a gift of this beautiful piece last year.

I had the opportunity to meet Drew in San Francisco in 2007 at the Grand Lodge of California's annual meeting. He does beautiful work that's unlike any other Masonic jewelry you'll find.

Drew is also the operator of the Masonic Ink website, dedicated to the growing universe of Masonic tattoos. 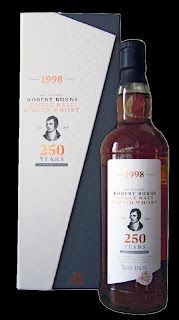 6,000 bottles of Robert Burns 250th Anniversary Malt have been produced from 15 ex-sherry casks that were especially selected from their 1998 distillation. Each gift box carries an image and signature of Burns.

I was able to order it directly from my local liquor store who regularly has Arran's products. 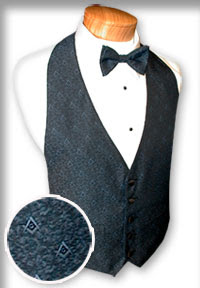 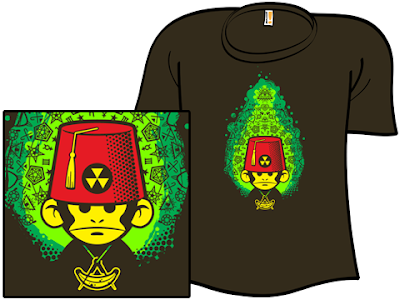 The occult scientists in the Masonic Labs thought they were perfecting the ultimate soldier for Freemasonry, a chimpanzee who would carry out any mission against the enemies of the Masons (the Internation Scrabble Federation, the Girl Scouts, the NRA, and especially those stuck-up Rosicrucians). But while the radiation enhanced Bobo’s physical and mental abilities to superchimp levels, it did not render him docile. To the contrary. He mastered the secret mysteries in about half an hour, and now sits upon the Masonic Throne. And the covert global network of Fremasonry, all the power amassed through the centuries, will now be an instrument of mankind’s ultimate downfall at the hands of our chimpanzee cousins. Tremble, humanity!

I especially like the PM jewel, made from a banana. 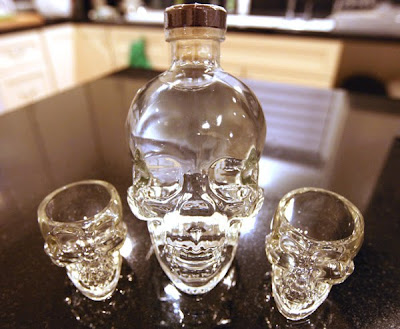 Crystal Head Vodka, perfect for the KT on your list.

Created by, of all people, Dan Ackroyd:

"I commissioned my friend and internationally known American landscape painter and portrait artist John Alexander to design and create an anatomically correct glass rendering of a human head," says Aykroyd. "Our head is based on the 13 crystal skulls that have been found all over the planet, and as legend goes, each was carved from a single quartz crystal."

The actor says there are seven in man's possession and several bear no discernible tool marks.

"We believe they were handed down to be polished from one generation to the next," he says. "Some might have taken hundreds or thousands of years. 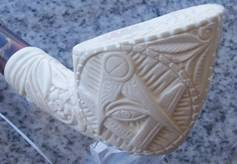 Hand-carved Masonic meerschaum pipes from Turkey, by MeerschaumPipeMaster.com.
I own a couple of these. Excellent quality, at very reasonable prices. 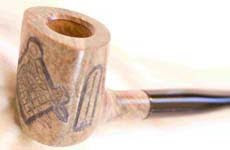 If you prefer briar and a straight design, check out V2 (V-squared) Pipes. 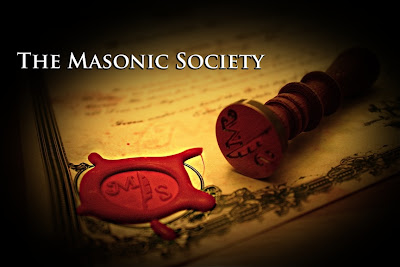 While you're thinking about it, why not treat yourself to membership in the Masonic Society? Membership card, lapel pin, the most drop-dead beautiful hand-sealed membership patent you will ever receive in all of Masonry, access to our members-only online discussion forum, two major gatherings a year with terrific speakers, automatic membership in state or regional "Second Circle" groups, plus four issues of the very best Masonic magazine available, the Journal of the Masonic Society.