"Building Solomon's Temple" at London's Library and Museum of Freemasonry 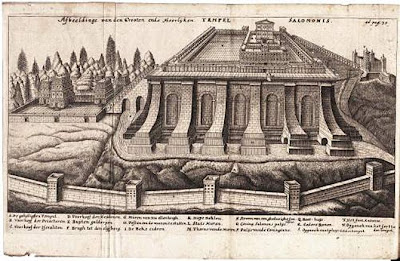 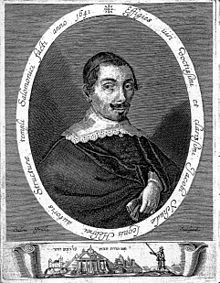 In the 17th century, Rabbi Jacob Jehudah Leon, also known as Leon Templo, created a model of Solomon's Temple, extrapolated from the Book of Kings and the Book of Samuel, with some additional references in the Book of Chronicles, the final book of the Hebrew Katuvim. In 1675, he took the model to London, where it was became a popular attraction. King Charles II and Sir Christopher Wren both viewed it, and at 13 feet high and 80 feet in circumference, it must have been impressive. Leon's "Temple and the Tabernacle" became the basis for a widely circulated etching. Leon's artwork was subsequently incorporated in the coat of arms of the Grand Lodge of the Antients, and eventually of the merged United Grand Lodge of England in 1813. It is entirely probable that Leon's Temple model had a strong influence on the creators of what became speculative Masonic ritual.

The Library and Museum of Freemasonry at London's Freemasons Hall will present a new exhibit January 17th through May 27th, 2011. Building Solomon's Temple will tell the tale of how Freemasonry took the biblical account of Jerusalem's Temple of Solomon and made it real within its lodge halls. It will also explore how archeological expeditions to the Holy Land in the 1800s inspired Masons like Rob Morris and Robert Freke Gould. Morris chronicled his own trip in his book, Freemasonry In The Holy Land, or Handmarks of Hiram's Builders in 1872. 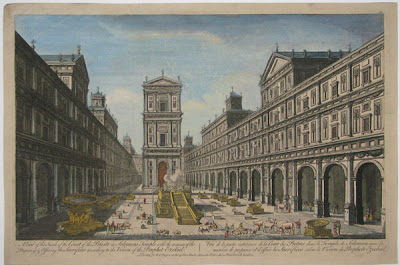 "A View of the Inside of the Court of the Priests in Solomons Temple with the manner of the Preparing & Offering the Sacrifices according to the Vision of the Prophet Ezekiel, printed for Robt. Sayer at the Golden Buck opposite Fetter Lane Fleet-street, London" c.1760.
H/T The Square Magazine
Posted by Christopher Hodapp at Saturday, December 04, 2010