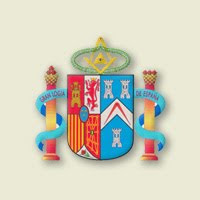 The Spanish online publication El Confidencial has reported a story that has been picked up by bloggers around the world, in the wake of the current very public meltdown of the Grande Loge Nationale Française and its Grand Master, François Stifani. The Spanish tale is that 10,000 French Masons are fleeing the GLNF and are seeking membership in lodges of the Gran Logia de España (Grand Lodge of Spain).

[A] sector of the GLNF Masons have initiated contact with their Spanish counterparts of the Grand Lodge of Spain to probe the possibility of leaving the institution militancy in French and Spanish to join the lodges, especially those found in areas near the country neighbor as Catalonia, Aragon, Navarra and the Basque Country. Between the French and Spanish organization there are strong links, both are considered "regular lodges, which depend on what is known as English obedience," the oldest and largest in the world.

Sources of the Grand Lodge of Spain consulted by El Confidencial suggest that "what has been, so far, are some contacts of the brothers of France to see if the Grand Lodge of Spain would open its doors, as the organization in that country has suffered hit hard by the actions of its Grand Master. " These sources emphasize that "the crisis in the GLNF is very strong and many members have sent us their intention not to be affiliated with the organization since they are very disappointed by the political manipulation that has been made of the institution. One thing that may have Masons in policy and quite another to put such an institution serving some interests, which is prohibited. Stifani Freemasonry has betrayed. "

In Spain, the GLE is currently headed by lawyer Oscar Alfonso Valencia, which has been calm the waters within the organization after a turbulent period for some actions of the former Grand Master, Joseph Carter Tarragona. The number of Masons affiliated with GLE is about 2,500. Still, is the largest of the lodges that exist in our country. Therefore, a massive influx of members from the neighboring country could open a doubt about the future of the organization, as they could clearly dominate the caucuses. "While ultimately not the 10,000 who escaped from France, yes there are several thousands who are willing to take the plunge. But first we need to see how they could integrate without endangering the stability of the GLE. The limitation of the vote or certain conditions of eligibility could be the solution to accommodate this major injection of human capital.

An emphatic message of denial of this supposed French invasion of disaffected GLNF Masons has been posted today by Oscar de Alfonso Ortega, Grand Master of the Grand Lodge of Spain (Google translation):

In relation to information published in the secular press of Spanish, I say:

It is completely untrue that 10,000 French Brothers want to join the Grand Lodge of Spain. As of today, January 31, 2011, the number of French brothers who have applied for membership of the Grand Lodge of Spain that I have the honor to lead is ... zero. Again, zero. Indeed, there has been no request to that effect, contrary to what has transpired in the secular press. The contents of the article in a digital media does not correspond to reality and can only be understood as a sort of trial balloon launched by someone, I fear that a Mason in lower case, which is still far from certain polish stone to heat up the atmosphere and create an environment conducive to that possibility. But reality is stubborn and, as I said, there has been no movement of French Brothers to join the Grand Lodge of Spain. In this regard I must reiterate that, in my opinion, every Grand Lodge is sovereign and independent, so that should be resolved internally the events that occur within it, and no other Grand Lodge should interfere or meddle in matters that concern them.

I take this opportunity to make some publicity: on March 12, 2011 held in Barcelona (Spain) Great Regular Meeting of the Grand Lodge of Spain and would be a great honor for Spanish Brothers have the assistance of our Latin American Brothers. So far seven Great Masters of Europe and Latin America have confirmed their attendance, with their respective delegations. Hope to see you soon if your time and possibilities permit.