Henry Wilson Coil Lecturer Mark A. Tabbert, director of collections at the George Washington Masonic Memorial, will discuss the impact on American lodges. His keynote presentation will detail how Freemasonry changed following the Morgan Affair, including new lodge practices designed to regain public trust and guard against infiltration.

The 11th California Masonic Symposium will be held June 25 at the Pasadena Scottish Rite. More information about presenters and registration will be available in the coming weeks. 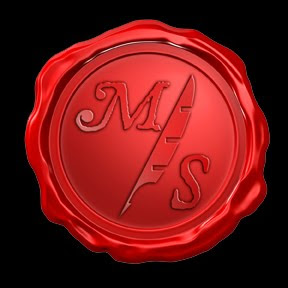 Following the Annual California Masonic Symposium on the Morgan Affair please join the Masonic Society's California Second Circle for a wonderful meal and fascinating presentation. Their speaker will be Adam Kendall and perhaps one or two more as the event gets nearer.

Price: $25 includes meal and gratuity with a choice of 5 entrees including beef, chicken, fish, pork and vegetarian options. No Host Bar available. Seating limited to 35 - make... your reservation early as this event will sell out. Contact Simon McIlroy for reservations or more info through either Facebook or at simon.mcilroy@gmail.com.

In addition to his long-standing work with Masonic-oriented educational committees, research societies and museums, he is a frequent international lecturer on the history, symbology and material culture of the Craft--lately concentrating on American and Californian fraternal themes that have had a wide social impact during the early 20th century. He is also published in several venerable Masonic journals, namely The Philalethes, Ars Quatuor Coronati, Journal for the Research into Freemasonry and Fraternalism; and Ahiman: A Review of Masonic Culture and Tradition. Several other upcoming works will be published within and without the fraternity during 2011-12.
Posted by Christopher Hodapp at Wednesday, February 16, 2011