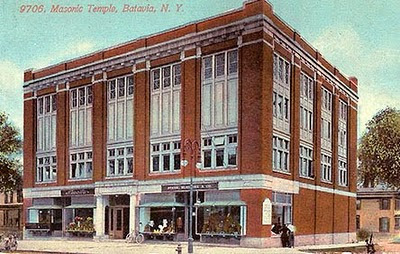 When William Morgan was carried off from a Batavia, New York jail cell in 1826, allegedly at the hands of overzealous Batavia Masons, the incident set off the most prolonged and virulent anti-Masonic period in U.S. history. It took nearly twenty years for the fraternity to recover, especially in upstate New York.

Now, the Freemasons are vanishing from Batavia once more. The brethren of Batavia Lodge No. 475 are leaving town when the lease on their 1908 temple runs out in August. The building was sold 15 years ago to a local businessman, and the lodge has leased the lodge room area ever since. They will now merge with Olive Branch Lodge No. 39 in nearby Le Roy. Batavia Lodge No. 475 was chartered April 9, 1859.

According to Thomas A. Knight in The Strange Disappearance of William Morgan (1932, McCoy), Morgan received the Royal Arch degrees in Western Star No. 33 in Le Roy, New York, and later confessed that he had never been regularly initiated into Fremasonry.

So it seems the monument to Morgan in the local cemetery will be the lasting image of Freemasonry left in Batavia after all. 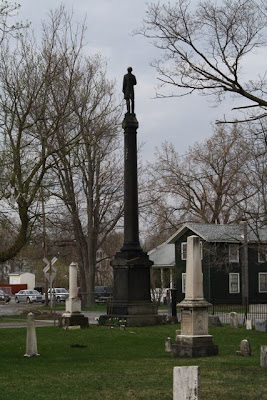