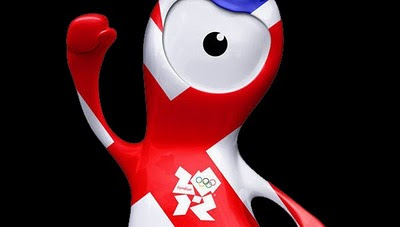 The Iranian Olympic Committee has joined other Islamic nations in protesting the official logo of the 2012 Olympic Games in London as being racist, "Zionist," and linked to Freemasonry.

Apparently Tehran's other more pressing problems are all wrapped up.

Iran's Olympic Committee head Bahram Afsharzadeh claims the logo for the London Olympics that is supposed to be a geometric representation of the year 2012 actually conceals the word "Zion," which is itself an Islamic code word for "that Middle Eastern country that has Joooz living all over it."

"This is the first time that this has happened in the history of Olympic [sic]. Zionists have exercised influence in Britain, and according to our information, the summer games logo has been designed by a Zionist organization linked to freemasons," he said.

I'm guessing that "all seeing eye" on the mascot was the dead giveaway.

In a letter to the International Olympic Committee president Jacques Rogge quoted on the UK Telegraph site, Bahram wrote: "The use of the word Zion by the designer of Olympics logo ....in the emblem of the Olympic Games 2012 is a very revolting act."