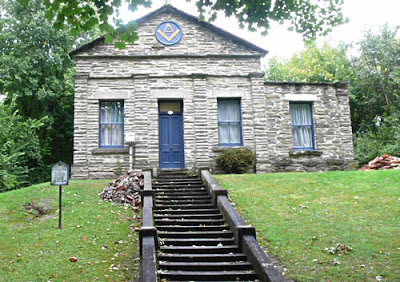 Here is why cheap hardware store paneling should be banished from the Earth.

The brethren of Lodge Arrow Kilwinning No. 86 in Arrowtown, New Zealand were poking around under a remodeling job done back in the 1950s, yanked off some paneling, and discovered incredible artwork that was painted 110 years ago. 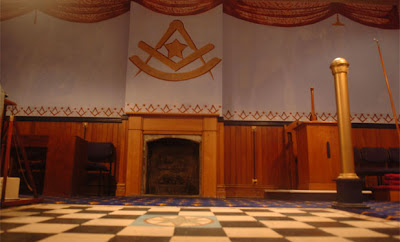 The building was completed and consecrated on January 23, 1888. According to an article in The Southland Times:

A large set square and compass motif hand painted on to a chimney flue was revealed behind stone that the pinex board had covered.

A tessellated pavement, which is a freemason's lodge floor feature was discovered beneath pinex floorboards.

A frieze of billowing curtains painted around the ceiling was also uncovered.

The discovery is exciting for Freemasons, who will reveal the features to members on February 13.

Interested non-Freemasons will have to wait until the Arrowtown Autumn Festival in April to view the revamped features, when the lodge would be open for viewing.

The tessellated pavement is a square laid into the lodge floor that is believed to be painted on the remains of a tent used in Arrowtown's early goldmining days.

"The Arrowtown lodge used to have its meetings on the Monday nearest the full moon so that gold-miners travelling from Macetown would have moonlight to travel by."

An article appeared last April that details the restoration work. See it here.
Posted by Christopher Hodapp at Thursday, January 28, 2010