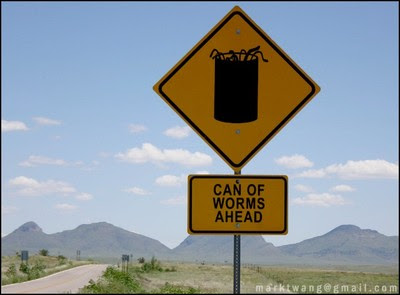 The French saga of the Grand Loge Nationale Française (GLNF) and its beleaguered Grand Master François Stifani has taken a sudden new twist. Stifani resigned last Friday as President (essentially Chairman) of the Board that runs the business side of the grand lodge, but did not resign as Grand Master. The rest of the Board resigned, as well. Observers believed this was an attempt to stall for further time in reaction to a court ruling by Paris' Grand Tribunal (TGI) that ordered an immediate convening of a general assembly of the GLNF's members to remove Stifani as President of the Board, select new leadership, pass a budget, and authorize an accounting of previous years, while carefully monitoring the vote to assure no funny business. Stifani's resignation as President implied that he felt that he could stay as Grand Master, and a dissolved Board of Directors meant no real action could be taken immediately to force the assembly to convene.

Au contrere, said the court. The Paris Tribunal announced yesterday that it has appointed a female attorney, Monique Legrand, to a six month post as the ad hoc administrator of the all-male GLNF's business.

The language and cultural details can be confusing—articles refer to the administrator as "Master Monique Legrand," which gets WAY too bewildering when Masonic terms sound the same, but the term "Master" in her case seems to be the US equivalent of "Esq." for an attorney.

The most important line in this whole story appears at the bottom of the page: The Justice of the Republic does not distinguish the functions of Grand Master and President. It seems that Stifani is out as GM, whether he agrees with the Court's opinion or not.

From the French article by Francis Koch at L'Express magazine, who has been reporting all of this (many thanks to Bro. Adam Thompson for the clearer translation):

In a ruling handed down this morning, the Tribunal de Grande Instance of Paris [TGI] has appointed attorney Monique Legrand, judicial administrator, as ad hoc administrator of the French National Grand Lodge (GLNF) second largest allegiance in France with 43,000 brothers. The mission of the administrator is expected to last six months and will cease as soon as the bodies of the GLNF decide.

This order was obtained today by lawyers for Regular Freemasonry (FMR), an association of brothers of the GLNF in conflict with [its Grand Master] Francois Stifani since December 2009.

According to this ruling, signed on behalf of a vice-president of TGI, the ad hoc administrator has 5 assignments:

1. Administer GLNF with the assistance of employees and take all measures made necessary by the situation;

2. Represent GLNF in all judicial proceedings;

3. Take all measures to enable the GLNF to have a President, a Board and an Office;

5. Access any relevant documentation, including membership and financial records.

Consequently, Monique Legrand henceforth has full authority to administer the GLNF. It would therefore appear that the ruling deprives Francois Stifani, who as recently as yesterday signed a letter to the Supreme Grand Committee as “Grand Master”, of any power regarding the current management of the Order.

This information is all the more surprising since Francois Stifani appeared to make a power play by splitting himself in two. On 21 January 2011, he in effect resigned from his position as Chairman of the GLNF ... all the while claiming to remain Grand Master. In essence, he wanted to remain at the head of the Order as Grand Master, while leaving it to a legal agent to carry out the December 7, 2010 decision of the TGI of Paris (the convening of a [General Assembly] for the purpose of removing the President).

Francois Stifani claimed the Order could be run by two brothers: a Grand Master and a separate Chief Manager (which the statutes of the GLNF do not really provide for). His resignation [has] therefore turned against him.

With the resignation of Francois Stifani, the Paris TGI has affirmed that it is no longer necessary for the agenda of the next GA to include the removal of the President and certain members of the Board, but the Assembly must proceed with "the ratification of the appointment of the President pursuant to the provisions of Article 2.3 of the Rules of Procedure." As Article 2.3 is for the nomination of a "candidate for Grand Master" and "ratification of the Association at the General Assembly," it is clear that the Justice of the Republic does not [as Stifani does] distinguish between the functions of Grand Master and President.