Women Not Flocking To Grand Orient of France 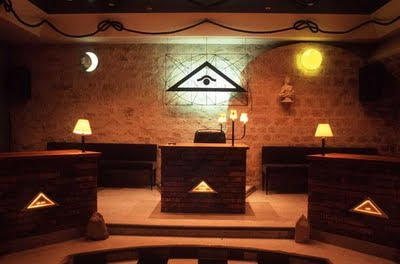 In 2010, France's largest Masonic obedience, the Grand Orient de France, with about 50,000 members, voted to admit women into its lodges. The decision was left to the individual lodge, and required no special permission.

• 160 requests for initiation of women or affiliations by existing sisters are being processed.

• Only one in five GOF lodges have refused to accommodate women.

The Grand Orient of France does not require its members to profess a belief in a Supreme Being, does not require lodges to have a Volume of Sacred Law on their altars, and does not prohibit taking official positions on religious and political issues. It is regarded as irregular by the majority of the Masonic world.

There are at least ten Masonic allegiances of varying importance in France. The GOF has just under 50,000 members. The Grande Loge Nationale Française (male only) has about 38,000 members, and is the obedience that is most uniformly recognized as regular by the majority of grand lodges around the world. The male only Grande Loge de France (GLdF) has 28,000.

Women make up approximately 17% of the Freemasons in France at various other grand lodges. Le Droit Humain (DH) is a Co-Masonic obedience which claims 15,000 members, and the Grande Loge Feminine de France (GLFF), represents some 14,000 women.

It should be noted by all of us in the US that every one of the grand lodges in France have steadily increased their membership over the last six years.
Posted by Christopher Hodapp at Saturday, April 16, 2011