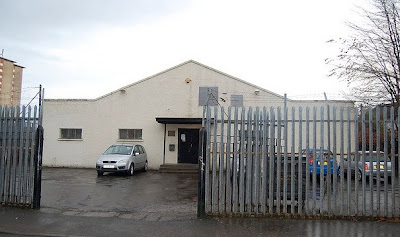 Glasgow, Scotland's Nitshill Lodge No. 1478 is the latest Masonic lodge to be attacked, and this time by more than just vandalism. Two members of the kitchen and waitstaff were robbed Monday night before lodge opened by three men between the ages of 20-25. Each wore ski masks.

According to police reports, the thieves made off with a substantial amount of cash. The man and woman, both in their 50s, were not hurt, but were badly shaken. Unlike in the US, lodges in the UK frequently have their own bars and dining facilities, often with a paid staff.

Nitshill Lodge in on Glasgow's south side, and from the looks of the security fence around it, they have had problems before, or at least tried to anticipate them.