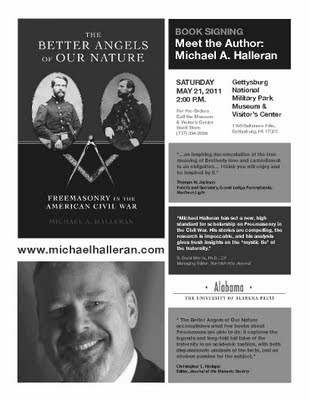 Pennsylvania Masons take note! Brother Michael Halleran, author of "The Better Nature of Our Angels: Freemasonry in the American Civil War," will be speaking at the Gettysburg Museum and Visitor Center on Saturday, May 21st, 2011. This public event begins at 2PM.

The Center is carrying Brother Halleran's book, and is one of the rare instances of a book about Freemasonry offered for sale by the National Parks Service.