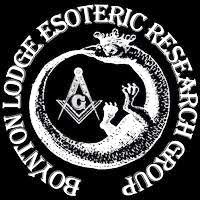 Boynton Lodge No. 236, Worshipful Master Rodney Gnoinsky, and the Boynton Lodge Esoteric Research Group announce the visit of Worshipful Timothy Hogan, May 14th, for a seminar and discussion on Alchemy, Qabbalah, and how they relate to the Freemasonry, as well as a discussion on the Holy Grail. 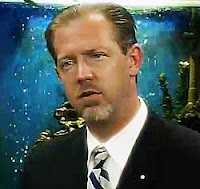 Timothy Hogan is author of the books The Alchemical Keys to Masonic Ritual, The 32 Secret Paths of Solomon: A New Examination of the Qabbalah in Freemasonry, Revelation of the Holy Grail (written under the name Chevalier Emerys), and Novo Clavis Esoterika. He is a former editor for the periodicals Ariadne's Web and L'Initiation. Tim is a District lecturer for the Grand Lodge of Colorado. He is a Knight Templar in the York Rite, a 32º KCCH in the Scottish Rite, and Past Master of both East Denver No. 160 and AMD Council No. 425. He serves as an officer within several Masonic bodies, including the SRICF, and he belongs to several other bodies including the Royal Order of Scotland. He is also the current Grand Commander for the Ordre Souverain du Temple Initiatique, a non-Masonic Knight Templar lineage out of France. Tim is a Fellow of the Masonic Society, and he is an owner and Education Director for www.thesanctumsanctorum.com. Tim has appeared on several international television shows and podcast episodes being interviewed about Freemasonry. Tim regularly lectures at Lodges around the world on the mysteries of Freemasonry.

He has also written several articles on Freemasonry for Masonic and esoteric publications.

This is a Master Mason only event, dues card & ID Required for entry.

TICKETS ARE LIMITED - only $25, including Lunch