Another Shot Fired in the Rectified Rite USA Battle 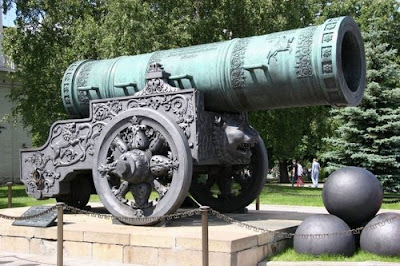 I've never been one to advocate one grand lodge ganging up on another. I was against it when GLs attacked the GL of Minnesota back in 2001 and 2002. I'm against it whenever someone suggests acting against southern GLs over Prince Hall recognition. And I'm still against it. It's one thing for a grand lodge to exercise its powers and prerogatives within the confines of its own borders. It's something else entirely when it tries to flex its muscles and demand another grand lodge to knuckle under.

A Mason was denied entrance into his own annual communication today, not because he had violated rules of his own grand lodge, but because a visiting Grand Master from another jurisdiction claimed his GL would withdraw recognition if the Brother in question was allowed to enter. And so, the Brother's own Grand Master complied, and barred him from entering his own session. Why? Because the Brother is a member of the new Grand Priory of the Reformed and Rectified Rite of the United States of America (CBCS), and the visiting Grand Master issued an edict over the formation of the Grand Priory. At what point does that give a visiting Mason the right to tell another Grand Lodge which of its own members it can admit into its own grand lodge session? If the visitor has a conflict, he should be the one sitting out under a palm tree on the white sandy beach, not the dues paying member who has broken no rules within his own jurisdiction.

If I have misunderstood the incident, I will happily correct this entry. But if it happened the way it was described, this represents a new low in the battle between the factions in the CBCS/Rectified Rite debate.

The Rectified Rite degrees are far too philosophically and spiritually beneficial to be locked out of the US because the GSA's model was to be nothing but a dinner club for 30 or so men who think the rest of Masonry lets in too much riff raff. Those on both sides of the issue can drag personalities into this if they wish, but it is really a clash of philosophies, between those who want the CBCS to be the ne plus ultra clique of elite Masonry, versus a unique Christian variant with a fascinating history and a huge body of ritual and commentary that deserves to be shared. The one way brings it to a dead end, while the other is another step on the path of seeking Masonic light. I sort of thought we were all hunting the latter rather than the former. And the one thing this fraternity has no shortage of is dinner clubs.

UPDATE on May 20th

I have modified this entry a couple of times, as there has been much controversy over just which Grand Lodge made the objection. The Brother who was excluded from the meeting was told one story by his DGM, but others have stepped up to say the players have been misidentified. It has taken on a decidedly "Rashomon" vibe.

My purpose is not to besmirch anyone's name or reputation, or to question anyone's description of the events of the day. My purpose for posting this incident is to point out the madness of threatening withdrawal of fraternal relations over an incident like this, and the collateral damage inflicted on brethren when GMs start swinging their authority around outside of their own jurisdictions.

My apologies to anyone who was misidentified or hit with shrapnel. But the end result was that the Brother who flew thousands of miles to visit his own annual communication, at the invitation of his own incoming GM, was turned away, and he was the most damaged party here.

Oregon, Washington, and now reportedly Idaho and Oklahoma, either have or are considering taking action against the Grand Encampment over this tempest. The only real victims will be the thousands of Knights Templar in these states who will get caught between the grinding wheels. It's why the Commission on Recognition should have stayed out of this in the first place. The Commission historically had never dabbled in appendant body minutiae before, but just by bringing up the matter, the Commission put a live grenade in the hands of GMs who sometimes feel the compulsion to pull the pin first and ask questions later. And that's a damned shame.
Posted by Christopher Hodapp at Saturday, April 16, 2011