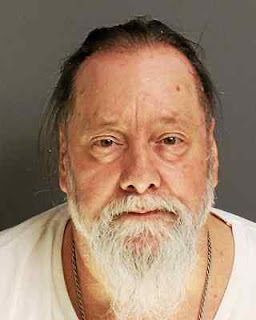 The former Treasurer of Oxford Lodge No. 353 in Oxford, Pennsylvania and his wife have been sentenced for stealing from the lodge.
From the Daily Local News website:

The former treasurer of the Oxford Masonic Lodge was spared a long prison term Tuesday for thefts of more than $22,000 from the fraternal organization’s bank accounts, crimes he committed over several months with his wife, because of his multiple health problems.
President Judge Jacqueline Carroll Cody told David Marvin Haas that had he not been suffering from a host of serious medical conditions that officials at Chester County Prison will be responsible for treating during his incarceration, she would have given him a lengthier term than the three to 23 months behind bars she ordered him to serve.
“This is a difficult decision for me to make,” Cody told the motorized-scooter-bound Haas, who suffers from a variety physical and mental ailments that have left him living on disability payments from the Veterans Administration. Cody in November sentenced Haas’s wife, Belinda Haas, to nine to 23 months in county prison, and the prosecution was asking for a greater jail term for Haas. Cody said the medical considerations outweighed the serious nature of the thefts, which she called a “betrayal.”
“They are the only reasons you are serving a minimum of three months in jail,” Cody told Haas at he conclusion of the hour-long sentencing hearing in Courtroom One.
But Cody also ordered Haas to be confined on house arrest for six months after his parole from county prison, and to spend seven years on probation. She ordered that he had to repay $22,545 to the lodge and the insurance company that reimbursed the organization for $10,000 for the thefts.
Haas, 61, of Delta, York County, stole the money from the Masonic Lodge #353 by writing himself checks totaling $12,130 and forging the names of other officers of the organization on the checks. His wife also used an ATM card issued for the lodge to make dozens of unauthorized withdrawals from the lodge’s bank accounts.
Deputy District Attorney Michelle Frei, who prosecuted the case, told Cody that the lodge did not discover the thefts until bank representatives told the lodge’s leader that it had bounced checks because its accounts had been depleted. Frei said that Haas had given monthly reports as treasurer at lodge meetings that were fraudulent.
Haas told Cody that he stole the funds from the lodge because he was “having hard times.
“I was wrong for what I did,” Haas said. “But I don’t think I should go to jail. If I do, I won’t be coming out (alive).”
But lodge officials who spoke at the sentencing and Frei told the judge that Haas had the opportunity to ask the lodge to help him with his finances, and to find him suitable housing. It is a benefit extended to members, who are called “brothers” by fellow Masons, they said.
“It really hurts me to come here today,” said Francis Norbeck, the former leader, or worshipful master, of the lodge. “There is nothing worse than being betrayed by a brethren of the lodge. It really is a disgrace.”
Norbeck told the judge that shortly before the thefts were discovered in December 2014, around Thanksgiving that year, the lodge had presented Haas with a motorized scooter so he would get around without having to use a walker. “This is an organization that has been known to make men better,” Norbeck said. “Somehow along the line we failed in this case.”