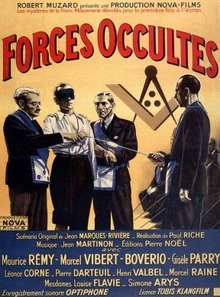 Today, January 27th, is International Holocaust Remembrance Day, the day the United Nations has chosen to commemorate victims of the Holocaust during World War II. Six million Jews were murdered by Germany's Nazi regime, along with millions of other non-Jews, including gypsies, homosexuals, Jehovah's Witnesses, Soviet POWs, ethnic Poles, disabled citizens, and many others. In total, somewhere between 11 and 17 million people were systematically killed by the Nazis.

Freemasonry was outlawed by the Nazis, and it is unknown how many Masons were murdered by Hitler. The most commonly mentioned number is 80,000, but the figure is probably low, and has been estimated in some sources as high as 200,000. No one really knows how many were killed simply for the "crime" of being Freemasons.

The anniversary has been marked since 2005 and it is the date of the liberation of the Auschwitz-Birkenau death camp in Poland by the Russian army in 1945. At least one million people died there.

The United States Holocaust  Memorial Museum in Washington DC has an article as part of its Holocaust Encyclopedia about the treatment of Freemasons under the Nazis. In part, it says:


Nazi propaganda continued to link Jews and Freemasons; Julius Streicher's virulent publication Der Stuermer (The Assault Trooper) repeatedly printed cartoons and articles that attempted to portray a “Jewish-Masonic” conspiracy. Freemasonry also became a particular obsession of the chief of Security Police and SD, Reinhard Heydrich, who counted the Masons, along with the Jews and the political clergy, as the “most implacable enemies of the German race.” In 1935 Heydrich argued for the need to eliminate not only the visible manifestations of these “enemies,” but to root out from every German the “indirect influence of the Jewish spirit”—“a Jewish, liberal, and Masonic infectious residue that remains in the unconscious of many, above all in the academic and intellectual world.”
Heydrich created a special section of the SS Security Service (Sicherheitsdienst;SD), Section II/111, to deal specifically with Freemasonry. The SD was particularly interested, as its personnel believed that Freemasonry exercised actual political power, shaped public opinion through control of the press, and was thus in a position to provoke war, subversion, and revolution. Later, Section VII B 1 of the Reich Security Main Office (Reichssicherheitshauptamt;RSHA), an amalgamation of the SD and the Security Police formed in 1939, took over the section devoted to investigating Freemasonry.
(snip)
As they conquered Europe, the Germans forcibly dissolved Masonic organizations and confiscated their assets and documents wherever they established an occupation regime. After a lodge was closed, it was ransacked for membership lists, important library and archival items, furnishings, and other cultural artifacts. Items seized would be sent on to the appropriate German agency, primarily the SD and later, the RSHA.
As part of their propaganda campaign against Freemasonry, the Nazis and other local right-wing organizations mounted anti-Masonic exhibitions throughout occupied Europe. German-occupied Paris hosted an anti-Masonic exhibition in October 1940, as did German-occupied Brussels in February 1941. Displaying Masonic ritual and cultural artifacts stolen from lodges, such exhibitions aimed to ridicule and direct hatred towards Freemasons and to heighten fears of a Jewish-Masonic conspiracy. German wartime propaganda, particularly in the army, charged that the Jews and Masons had provoked World War II and were responsible for the policies of US President Franklin Roosevelt, who was identified as a Freemason.
(snip)
After the end of World War II, vast collections of Masonic archives and library collections that had been seized by German authorities were captured, in turn, by Allied and Soviet forces. For example, a significant Masonic archive was found in Silesia, in eastern Germany, by Soviet troops in the last days of World War II. The Soviet authorities shipped the records to Moscow, where they were held in secret archives. Other Masonic-related materials were recovered in Poland; some of this material has been microfilmed and stored in the archive of the United States Holocaust Memorial Museum. Since the end of the Cold War, many Masonic-related collections have been returned to their countries of origin, while others continue to be held in foreign repositories.
Read the article HERE.