Robert G. Davis is now the President of the Masonic Restoration Foundation, and tells me the MRF is looking to become a resource for lodges looking to incorporate "traditional practices" into their lodges. The MRF will still promote its vision of Traditional Observance lodges, but will also provide information for lodges that wish to pick and choose only certain aspects of these practices.

The Scottish Rite Research Society was severely hobbled by the weather. Illus. S. Brent Morris was unable to burrow his way out of the snow that encircled his Maryland home, and the path to the House of the Temple was almost impassable. As a result, there was no vendor's booth set up for the SRRS. Brent was unable to attend the SRRS luncheon on Saturday. As a result, Illus. Sean D. Graystone was interviewed by Illus. Martin P. Starr. Brother Graystone's expertise in the restoration of the Sante Fe, New Mexico Scottish Rite building (the "Pink Palace"), and now at the House of the Temple is just a small part of this brother's incredible knowledge and skill at the construction and engineering side of architecture, as well as financial and tax ramifications of non-profit buildings. He is a tremendous asset to the fraternity.

The Santa Fe Scottish Rite Temple, one of Sean Graystone's early restoration projects.
•
Philalethes Society president Terry Tilton and 1st V.P. Jack Buta were on hand Friday, distributing the PSOC's newly redesigned magazine, as well as copies of Fiat Lux, a collection of papers published by the Society from 1928 until 1986.

The Philalethes Society's annual Feast and Forum will be held in Bloomington, Minnesota on March 5-6th, at the Park Plaza Hotel. President Tilton has announced in the last week that the $65 registration fee for the event has been waived and will be refunded to those who paid. Only meal costs will be charged for.

Ron Martin, former Executive Director of the Masonic Society, will join the Philalethes Society as its 2nd Vice President. 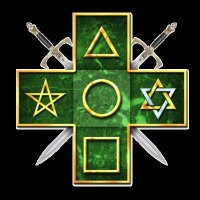 The Grand College of Rites named Franklin C. Boner as Illus. Grand Chancellor for 2010-2010. The Collecteana for 2010 (Volume 20) features degrees 19-45 of the Egyptian Masonic Rite of Memphis.

Congratulations to friend and Brother Aaron Shoemaker for receiving the Knight Grand Cross. 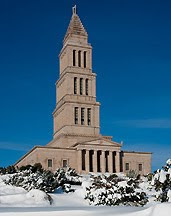 The English team that was coming to confer the degrees of the Royal Order of Masonic Knights of the Scarlet Cord arrived late in the day Friday, and the degrees went on. Unfortunately, the Art of Initiation program that was to have been presented at the George Washington Masonic Memorial was cancelled because of the snow. This included a demonstration of the English "Bristol Working" that few Masons outside of the U.K. have ever seen. This was a huge disappointment, and the program will hopefully be resurrected for next year's Masonic Week.

Also disappointing was the canceling of what has become an annual gathering of the Knights of the North & Friends at Gadsby's Tavern in Old Town. The snow thwarted that event, as well, and Gadsby's was unable to open all week.

•
Indiana Freemasons were well represented, in spite of the snow, as such minor encumbrances do not wilt us like hothouse lilies. Nathan Brindle, Jim Dillman, John Bridegroom, Roger VanGorden, Duane Vaught, the three Larrys–Gray, Brown and Kaminsky, all made it.

Unfortunately, nine boxes of my books got stranded on a loading dock somewhere in rural Virginia, never to be picked up. 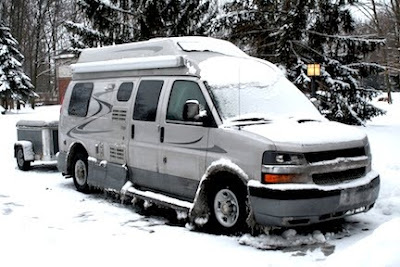 However, the Hodapp's Dummkopfwägon performed flawlessly on smooth roads, on ice and in snow, and we simply hunkered down with the furnace on when the snow blindness got too rough. Many thanks to everyone who came by the table to chat or buy a book. Masonic Week is always a great place to see old friends and make new ones.

Now I have to turn around and drive back to D.C. on Friday to be at the Conference of Grand Masters of North America.

Yep. Snow is predicted for Saturday and Sunday.
Posted by Christopher Hodapp at Tuesday, February 16, 2010