My Mother Lodge, Broad Ripple Lodge 643 in Indianapolis was chartered on this date 117 years ago in 1902.

A lot has changed over the years, and we're in our third official location (fourth, if you count the organizational UD meetings in 1901 in the old Broad Ripple school building that's long gone). 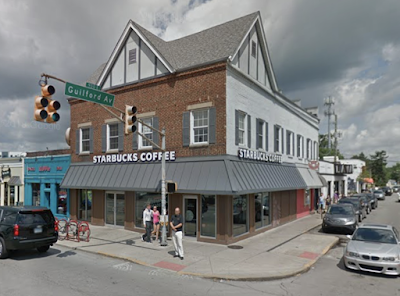 The first was in what was then called 'Light's Eldorado Hall,' where the Broad Ripple Starbucks resides today in that same old building. 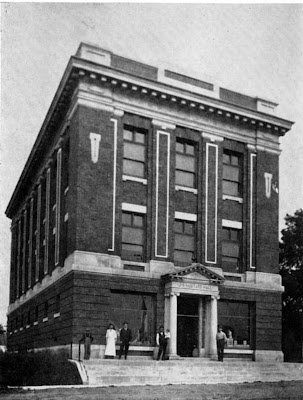 The next was stalwart Mustard Hall, built and furnished entirely by the generosity of Brother Mustard and his wife. Upon his death, he willed property to be sold to raise money to erect a permanent home for his lodge, and his wife Cassandra added to the bequest. Who within the ranks of our fraternity today thinks enough of it to bequeath a substantial portion of their estate solely for the purpose of erecting a grand home for his lodge?

Mustard Hall still stands in the middle of broad Ripple Village today, still towering over everything on the Boulevard. Plenty of folks still call it the Masonic Hall, but few know why anymore. The lodge stayed there until 1993, but in an act of sheer negligence and short-sightedness, the Trustees sold the temple while the lodge was dark over the summer, and the members were suddenly informed and given 30 days to leave and find a new home. Which is how we ended up with our present, unassuming, 1960s former real estate office building at 1716 Broad Ripple Avenue at the top of this post. 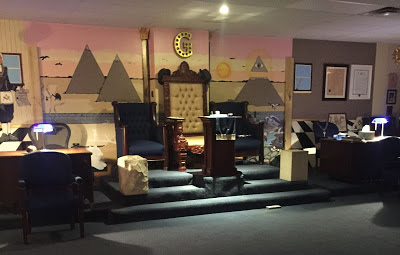 Nevertheless, we've been there 25 years now, and despite its many shortcomings, our brethren have made lemonade out of lemons with our present Temple. Once inside, it is every bit as special as the old Mustard Hall. And better, in many ways. Today, it is home to both Broad Ripple 643 and Lodge Vitruvian 767.

Curiously, an ad appeared today on Ebay selling the first of three commemorative pins I designed back in 2000 running up to our 100th anniversary that depicted our first meeting spaces. They're asking a whopping 8 smackers for this bit of Chinese pot metal, which they are describing as "vintage." 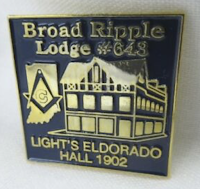 I'd like to go on record as saying I resent anything I've created in my lifetime as being "vintage." It's far too close to the word "antique."

Which is only a stone's throw from "relic."
Posted by Christopher Hodapp at Tuesday, May 28, 2019