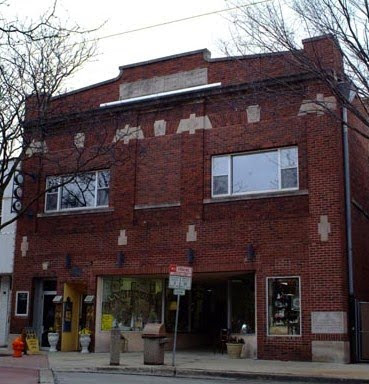 The brethren of Euclid Lodge No. 65 in Naperville, Illinois (photo above) are about to leave their mark on their town in a very big way. Naperville has a downtown arts program called the Century Art Walk, in which local businesses and artists provide murals on local buildings. Euclid No. 65 will be presenting a 12' x 18' mural depicting Masonry on the exterior wall of a local dry cleaners' across from their Temple building.

Euclid's W:.M:. Neville Diamond was interviewed in the Naperville Sun Times yesterday, and discussed the design:

The piece will be painted on three signboards by local artist Marianne Lisson Kuhn. Unlike the mural she is currently working on, “Naperville Loves a Parade,” it won’t be seen until completion because she will be working on it at her home. It is likely to be revealed in a special ceremony sometime in November.

The painting will depict George Washington with the American flag on one side, with Joseph Naper and the lodge building at 34 Jefferson Ave. on the other. Masonic symbolism will include a black and white squared carpet with a tessellated border plus a square and compass. An eye with the letter G representing God with the sun’s rays is the worldwide symbol of masonry.

They’ll [sic] also be two lists, one of famous people who were masons, the other of well-known Masonic Napervillians from the city’s past.

“In those days membership of the temple was never as public as it is now,” Diamond said. “People may not know that so many of our founding fathers were Freemasons.”

I have a request in to W:.B:. Diamond for a photo of the design, as it exists only as a concept sketch currently. He tells me to stay tuned...
Written by Christopher Hodapp at 8/20/2011