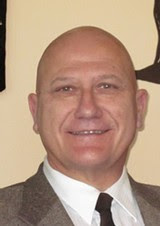 RW Jerald K. Lingle, Senior Grand Warden of the Grand Lodge of Washington F&AM passed to the celestial lodge on August 20th. He was found Friday night in his home by his son. RW Bro. Lingle was 57 years old, and police do not suspect foul play.

He had been a a Mason County, Washington commissioner since January.

From the Kitsap Sun:

"Jerry was great to work with. He was so enthusiastic about the job. He was a very caring person," Sheldon said. "He'll be really missed."

Lingle ran for commissioner campaigning as a conservative but running as an independent. He topped a field of six in the August primary in a race that included incumbent commissioner Ross Gallagher.

In November he received 57.13 percent of the vote to defeat Democrat Brenda Hirschi.

Lingle also was a 24-year veteran police officer in Shelton.

Sheldon said Lingle gave a moving speech at the memorial service for Tina Griswold, one of four Lakewood police officers killed by Maurice Clemmons in an early morning shooting in 2009. Lingle and Griswold had worked together in Shelton.

Sheldon said Lingle was doing a "fantastic" job as commissioner and was very popular.

Because Lingle ran as an independent Sheldon said he didn't know how his vacancy will be filled.

The Grand Lodge has not yet issued a statement.

His column is broken, and his brethren mourn. RIP.

Email ThisBlogThis!Share to TwitterShare to FacebookShare to Pinterest
Labels: obituary