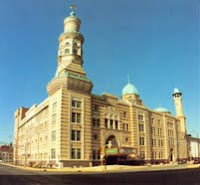 This is what can happen when Freemasons just pitch their heritage overboard.

Several years ago, the Murat Shrine Center in Indianapolis leased half of their incredible 1910 Middle Eastern-styled building and theatre to what is now Live Nation. They negotiated a long lease deal that puts Live Nation in charge of the theatre side of the building. 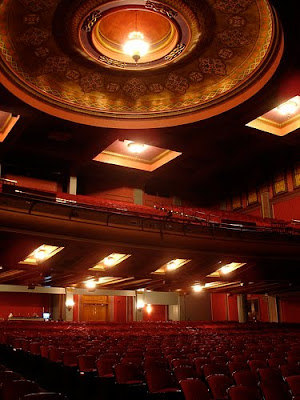 Almost immediately, members were shocked as one of the first shows booked into the theatre was "The Vagina Chronicles." Freemasons all across Central Indiana were aghast.

Well, today it was announced in the Indianapolis Star that Live Nation has struck a sponsorship deal with Old National Bank of Evansville, Indiana, and the Murat Theatre will now be known as the Old National Center.