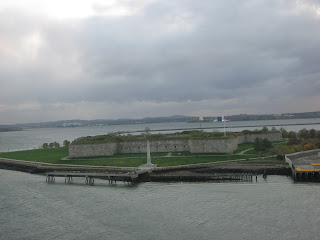 "Negro Freemasonry" predates the Declaration of Independence in this country. On March 6, 1775, Prince Hall, along with fourteen free blacks from in or around Boston, Massachusetts, were raised to the sublime degree of Master Mason in Military Lodge No. 441, Irish Constitution. The Master of the lodge was Sgt. John T. Batt.

The others were Peter Best, Duff Bufform, John Canton, Peter Freeman, Fortin Howard, Cyrus Jonbus, Prince Rees, Prince Payden, Thomas Sanderson, Bueston Slinger, Boston Smith, Cato Speain, Benjamin Tiber, and Richard Tilley.* The lodge was attached to the 38th Regiment of Foot, British Army, garrisoned at Castle Williams (now Ft. Independence), in Boston Harbor. African Lodge No. 1 was organized on July 3, 1775, naming Prince Hall as its Master. The lodge was officially recognized by Provincial Grand Master for North America under the Grand Lodge of England (Moderns), John Rowe, who permitted African Lodge No. 1 to march in procession in regalia to celebrate the feast of St. John, and to bury their dead.

After the end of the Revolution, the newly formed grand lodges within the colonies had no interest in granting a charter to a lodge of black men, free or otherwise. So, Hall and his brethren obtained a charter on September 29th, 1784 from the Grand Lodge of England and formed African Lodge #459. The charter was finally delivered to the lodge almost three years later by Captain James Scott, brother-in-law of John Hancock.

In 1797 Prince Hall organized a lodge in Philadelphia and one in Rhode Island. These lodges worked under the charter of African Lodge #459. The three lodges formed a new African Grand Lodge, and Hall was named Grand Master.

I have the privilege of being an honorary member of African Lodge No. 459 of the Most Worshipful Prince Hall Grand Lodge of Massachusetts F&AM in Boston.


*Depending on the source, there are great variations in spelling. I have used the list from Alton G. Roundtree and Paul M. Bessel's 2006 book, "Out Of The Shadows")
Posted by Christopher Hodapp at Sunday, March 06, 2016