Was the Hunchback of Notre Dame a Real Operative Mason? 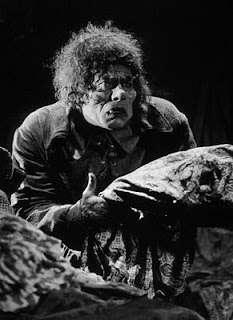 Was Victor Hugo's fictional character of the Hunchback of Notre Dame, Quasimodo, in his novel Notre Dame de Paris, based on a real-life operative Mason? Documents from a 19th century English sculptor named Henry Sibson and recently discovered and donated to the Tate Museum reveal a heretofore unknown hunchbacked sculptor who worked on Paris' Notre Dame cathedral around 1828 when Hugo was first writing his novel.

From the Telegraph.uk article Real-life Quasimodo uncovered in Tate archives by Roya Nikkhah:

Clues suggesting that Quasimodo is based on a historical figure have been uncovered in the memoirs of Henry Sibson, a 19th-century British sculptor who was employed at the cathedral at around the time the book was written and who describes a hunched back stonemason also working there.

The documents were acquired by the Tate Archive in 1999 after they were discovered in the attic of a house in Penzance, Cornwall, as the owner prepared to move out.

However, the references to a "hunchback sculptor" working at Notre Dame have only just been discovered, as the memoirs are catalogued ahead of the archive's 40th anniversary this year.

The seven-volume memoirs document Sibson's time in Paris during the 1820s, when he was employed by contractors to work on repairs to Notre Dame Cathedral.

In one entry, he writes: "the [French] government had given orders for the repairing of the Cathedral of Notre Dame, and it was now in progress ... I applied at the Government studios, where they were executing the large figures [for Notre Dame] and here I met with a Mons. Trajan, a most worthy, fatherly and amiable man as ever existed – he was the carver under the Government sculptor whose name I forget as I had no intercourse with him, all that I know is that he was humpbacked and he did not like to mix with carvers."

In a later entry, Sibson writes about working with the same group of sculptors on another project outside Paris, where he again mentions the reclusive government sculptor, this time recalling his name as "Mon. Le Bossu". Le Bossu is French for "the hunchback".

He writes: "Mon Le Bossu (the Hunchback) a nickname given to him and I scarcely ever heard any other ... the Chief of the gang for there were a number of us, M. Le Bossu was pleased to tell Mon Trajan that he must be sure to take the little Englishman."

Adrian Glew, the Tate archivist, who made the discovery, said: "When I saw the references to the humpbacked sculptor at Notre Dame, and saw that the dates matched the time of Hugo's interest in the Cathedral, the hairs on the back of my neck rose and I thought I should look into it." 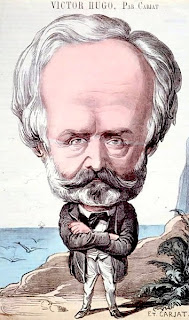 Hugo began writing The Hunch Back of Notre Dame in 1828 and the book was published three years later. He had a strong interest in the restoration of the cathedral, with architecture featuring as a major theme in the book.

The publication of The Hunch Back of Notre Dame in 1831, which made Hugo one of France's most acclaimed authors, is widely credited with prompting the Gothic restoration of the cathedral in 1844, designed by the architect Eugene Viollet-le-Duc, which Hugo had championed.

His close links with the cathedral make it likely that he would have known Le Bossu and Trajan, and further research undertaken by Mr Glew in the national archives of France has uncovered additional links between Hugo and the characters described by Sibson.

The Almanach de Paris from 1833 – which gives a list of all professionals working in the city – names a sculptor "Trajin" as living in Saint Germain-des-Pres, where Hugo also lived at the time.

An early draft of Les Misérables, another of Hugo's acclaimed novels, holds another clue indicating that Hugo drew on the Government sculptors described by Sibson for inspiration.

The lead character in an early version of the novel is named as "Jean Trejean" which Hugo later changed to "Jean Valjean".

According to Dictionnaire des Franc-Maçons by Michel Gaudart de Soulages and Hubert Lamant, Hugo was not a Freemason, but belonged to an order of Martinists.
Posted by Christopher Hodapp at Monday, August 16, 2010