Extraordinary Gentlemen of the Connaught Club 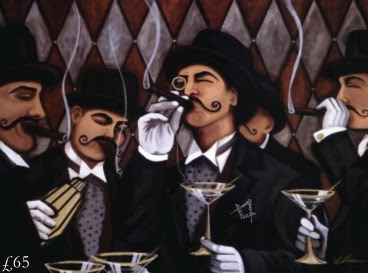 In 2007, London's Metropolitan Grand Lodge (a grouping of UGLE lodges that meet in the geographic area of London) held a special reception of Masons under the age of 35. Sixty or so such brethren attended, and it was such a success that a club was created to serve such men—the Connaught Club.


"The Purpose of the Connaught Club is to give young Freemasons in London a means to meet and socialise with like-minded people of similar ages within masonry, to attempt to bridge the large geographic area that constitutes London and the diversity of its lodges.

"The Connaught Club will also act as a representative body for the views of these Freemasons, passing those views on to Metropolitan Grand Lodge, via the appropriate channels as required.

"The Club aims to encourage & support participation in our Lodges and Freemasonry in general, openness about our membership and the aims, and relations of the Craft, particularly with how it relates to modern society and the younger generations."

Membership of the club is open to any Freemason under the age of 34 whose Lodge or Chapter is under Metropolitan Grand Lodge or who lives or works within London. Membership is £25 (around US$40). Their Christmas meal this year will be at London's posh Carlton Club. 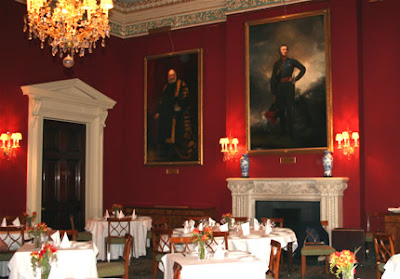 Oh, to be 34. And living in London. With a better exchange rate.

UPDATE: A less publicized organization was started at the same time in London as the Connaught Club. This one is for Freemasons OVER the age of 34, who reside in the jurisdiction of the city's Metropolitan Grand Lodge, and its annual membership cost is just £10.

It is called The Kent Club, and its website can be seen here.
Written by Christopher Hodapp at 11/30/2008