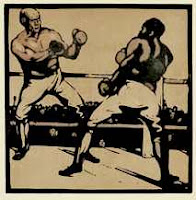 According to a message posted elsewhere by Right Worshipful Jay D. Marksheid, Grand Director of Ceremonies of the Grand Lodge of New York, a dispute has arisen between grand lodges in New York and Washington DC that has ramifications for members of those grand lodges.

According to brother Marksheid's post, as of November 5th, 2008, by order of Most Worshipful Edward Gilbert, Grand Master of Masons in the State of New York, F&AM, amity between the Grand Lodge of NY, F&AM and the Grand Lodge of the District of Columbia has been officially suspended.

According to the order, the Grand Lodge of DC first issued a charter for a new Lodge in a territory already under the jurisdictions of the GLofNY and GL of Scotland without first obtaining their permission to do so. Further, the charter was issued in the name of several Masons who are under formal suspension from the GLofNY.  According to the GLofNY, both actions run afoul of rules of the Conference of Grand Masters of North America, and of generally recognized Masonic jurisprudence.

The dispute regards New York and Scotland's existing lodges in Lebanon and the GLofDC's chartering this year of a new lodge there without first establishing a treaty with New York and Scotland. There currently is no grand lodge of Lebanon, but lodges chartered by both Scotland and New York have coexisted there for decades. The GLofDC has a large Lebanese membership, and granted dispensation to L'Hiram Lodge last year, officially issuing its charter on October 25th at their annual communication.

Other grand lodges will undoubtedly pile on to the dispute to support New York.
Posted by Christopher Hodapp at Thursday, November 06, 2008