The Library of Ideas 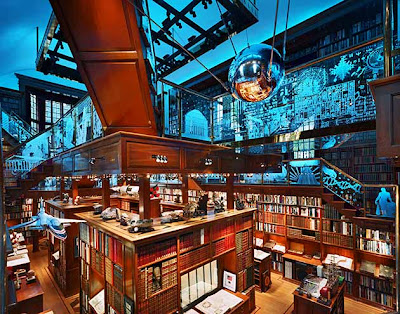 In boning up for interviews in Washington, I had been peering into the extensive symbolism found in the Library of Congress. That's the subject for another post someday. But you know how the Internet works—one subject leads you far astray until you get sidetracked for days. The topic of libraries led to the photo above, the private library of Jay Walker, creator of, among many other things, Priceline.com.

Walker isn't necessarily a collector of first editions. He's a collector of first ideas, the books or maps or things that made people think in a different way. An authentic Sputnik satellite hangs from the ceiling (one of several backups built by the Russians), along with a model of the Saturn V rocket (and its NASA operating manual). There is a book from the 1500s, containing the first published illustrations of surgery on humans; the first book of illustrations of images seen through a microscope; a 16th-century book of jousting; an original copy of the 1493 Nuremberg Chronicle, the first illustrated history book; Andrea Cellarius' celestial atlas from 1660, the first map of the solar system in which the Earth was not depicted as the center. 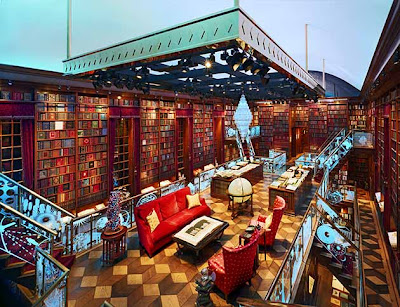 His company, Walker Digital, is a think-tank that develops concepts, patents and business solutions for retail companies, airlines, even lottery and casino clients. Once a week, he assembles the company's team in the library, surrounded by the great ideas of the past, to inspire them to create ideas for the future.

For a rare glimpse of the library, see Wired Magazine's article here.

And then there are the rest of the most fabulous libraries in the world. For a look at some of the most magnificent temples of knowledge on Earth, have a look at Librophiliac Love Letter: A Compendium of Beautiful Libraries. 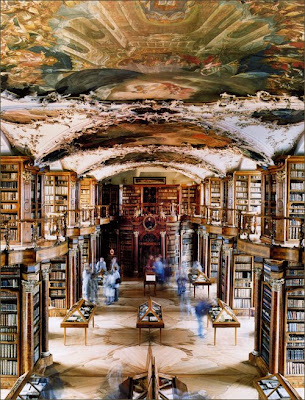