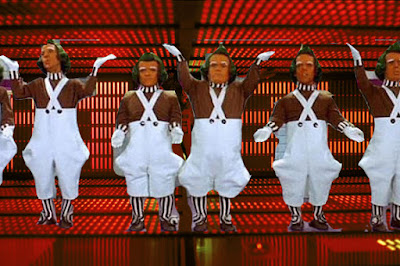 by Christopher Hodapp
Earlier this month, Facebook decided with its infinite, artificial sagacity to declare this blog site to be spam, for some undisclosed reason. How they arrived at such a conclusion is beyond my feeble human comprehension, but the tangible result was that they erased a full decade of my posts on Facebook and prevented any new ones that linked here.
I'd like to take the opportunity to publicly thank Brother Nicholas Harvey for interceding on my behalf with the mysterious and nameless oompa loompas toiling in the boiler room of Facebook's Ministry of Information cellars. Nick is currently Junior Warden of Jupiter Light Lodge 340 in Jupiter, Florida. He's also one of the principals behind Masonic Revival and their fine line of clothing and accessories. Somehow he managed to successfully influence a Facebook administrator or account executive to take a second look here and restore all the old story links.
See, because Masons *know people.*
Many thanks, Nick. I'm deeply indebted to you for this and owe you at least three groats.
Posted by Christopher Hodapp at Wednesday, March 10, 2021

Email ThisBlogThis!Share to TwitterShare to FacebookShare to Pinterest
Labels: personal