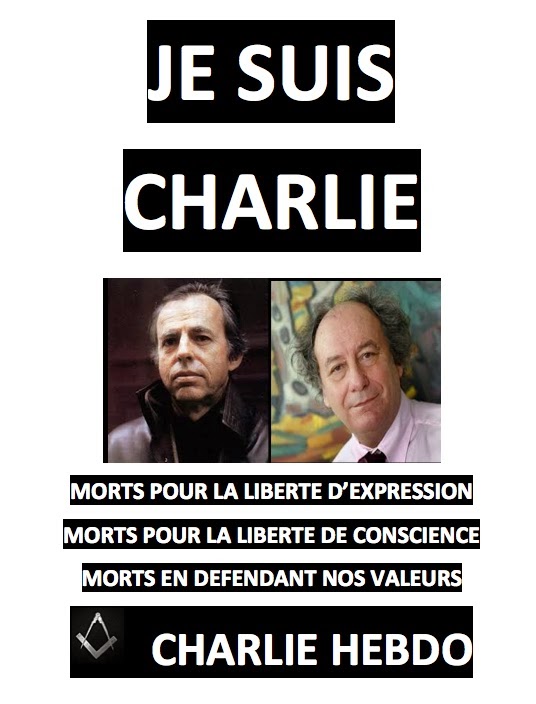 I received this note today from a Grand Orient Mason in France:

Two of the journalists assassinated in the cowardly and barbarous attack on Charlie Hebdo were Freemasons. Bro Bernard Maris, economic columnist at CH, and Bro Michel Renaud, formerly  of Europe 1 and Le Figaro, were both active Freemasons in the Grand Orient, Bernard in Roger Leray Lodge in Paris and Michel in Lux Perpetue Lodge in Clermont Ferrand.

They died representing the values we stand for :

I trust you will find a space in your blog to make a worthy tribute to our departed Brethren.