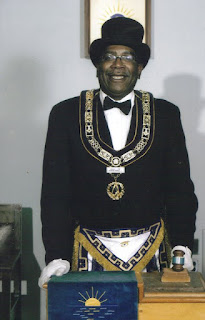 The Grand Master of the irregular Universal Grand Lodge of Ancient York Masons was shot and killed Saturday outside of the McKibbon Masonic Lodge in northwest Detroit. According to Fox News, Grand Master Jerry Sears, 56, was gunned down on the sidewalk of the lodge as preparations were underway for their national grand lodge meeting. Police are searching for the gunman.

According to the Phylaxis Society, they are also known as Mt. Olive Grand Lodge Ancient York Masons.

Regardless of affiliation, it is a terrible tragedy. RIP.