Strangely dressed men have invaded the city in thousands of peculiar vehicles, all organized by an unseen force.

Nope. The Shriners have come to town. And the only glass they'll be breaking is the occasional piece of bar glassware, and strictly by accident. 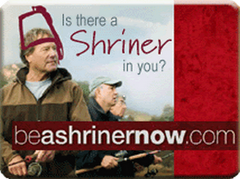 10,000 Shriners of the Ancient Arabic Order of the Nobles of the Mystic Shrine (or Shriners International as they are now officially named) are attending the 136th annual Imperial Session. And the $4 million they'll inject into the local economy is a little bit of help, after the G20 Summit nightmare last week. The halcyon days of riding their horses through hotel lobbies and having elevator races complete with Harleys and Gold Wings have gone by the wayside. But Toronto could stand a few laughs for a change, and an event that isn't costing them a billion dollars for security.

See the article in the Toronto Star today.