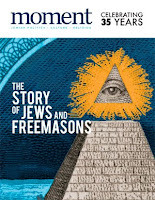 The January/February 2010 issue of Moment Magazine features an interview with the indefatigable Paul M. Bessel. Beyond Dan Brown's The Lost Symbol: The True Story of Jews and Freemasons discusses the early participation of Jews in early English and American lodges.

From the article's introduction:

Masonic philosophy drew on ideas from many religious traditions, and its adherents were remarkable—with the occasional exception—for welcoming members of all creeds, affording them a path of social mobility. This was the case for many Jews in Western Europe. The first Jewish Mason was recorded in England in 1732 and by 1793, an entire Jewish lodge was established in London.

Freemasonry became popular in colonial America, where the Freemasons’ self-described mission to “make good men better” resonated, and Masons played a vital role in the founding of the United States. George Washington, Benjamin Franklin and other Founding Fathers were Masons, as were prominent Jewish figures such as Haym Salomon, the prime financier of the American Revolution, and merchant Moses Michael Hayes, who was the Grand Master of the lodge where Paul Revere served as Deputy Grand Master. Other notable Jewish Masons range from British philanthropist Moses Montefiore and Hungarian-born illusionist Harry Houdini to American composer Irving Berlin and Samuel Gompers, founder of the American Federation of Labor (AFL). There have been 51 Jewish Grand Masters in the United States, and Israel itself is home to 60 Masonic lodges. 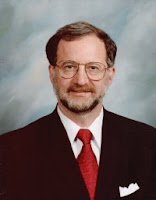 Brother Paul goes on to briefly talk about the influence of Solomon's Temple on Masonic ritual, and several other topics. He is from Washington D.C., and his website contains the largest source of Masonic statistics anywhere. It is truly a labor of love. Paul is the author of Masonic Questions & Answers and co-author of Out of the Shadows: The Emergence of Prince Hall Freemasonry in America, 200 Years of Endurance. with Alton G. Roundtree. And nearly anyone who has written a Masonic article or research paper in the last decade sooner or later has ventured to Paul's incredible website to help fill in details. He is truly one of the unsung heros of Masonic scholarship.

There is also an interview with Shafir Lobb, rabbi of Congregation Ner Tamid in Tucson, Arizona, a teacher of Kabbalah and member of the Order of the Eastern Star. She briefly discusses the use of the Zohar in Brown's The Lost Symbol, along with the lodge her Star chapter meets in:

"If you were a macher or “big-shot” in the Jewish community in Arizona and wanted to be part of a service organization you would look to be part of something like the Masons. And on the altar in the Masonic lodge there is a Christian scripture, a Koran and a Tanakh. The one at our local lodge is an Orthodox Birnbaum Tanakh. I actually teach a Kabbalah class that takes place at a Masonic temple and a few Masons come to the class. All the members of the Masonic group are very interested in my Jewishness."

(Read about Reb Shafir's fascinating and eclectic life on her blog site.)
Posted by Christopher Hodapp at Thursday, December 31, 2009