The Shriner You Never Knew You Knew 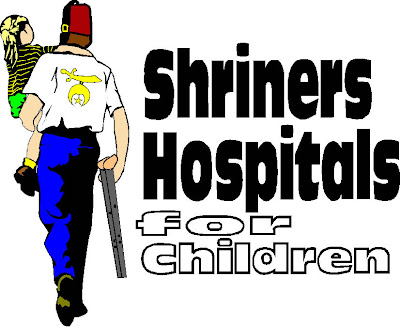 Freemason and Shriner Albert "Al" Hortman passed away on Sunday, December 6. He was 80 years old. There's no reason why you would know his name, although you have probably seen his image at some point over the last several decades. It has appeared in TV and magazine ads, on TV, even on the backs of semis driving down the interstate. Brother Hortman was the Shriner, wearing his fez, carrying a little girl and her crutches. 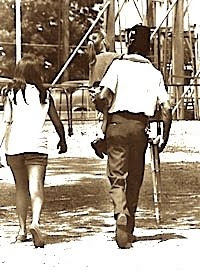 At left in the original photo is his daughter, Laura, who was herself a patient at the Shriners Hospital in St. Louis. After Laura began receiving treatment at Shriners, Hortman decided to join the Shrine in 1968.

The little girl being carried was Bobbi Jo Wright, who was also a patient at the St. Louis Shriners Hospital. Bobbi Jo went on to graduate from Anderson University in Anderson, Indiana, just up the road from my home, and where my wife and I had our business for six years. Bobbi Jo walks with a cane today, but she walks, thanks to Shriners.

Brother Hortman served in the United States Army during the Korean War and received the Purple Heart. He was a member of Jeffersonville Lodge in Georgia, but before that, he was a resident of Evansville, Indiana.

The photo was taken in 1970 by Randy Dieter, who was covering Hadi Temple’s annual outing for handicapped children at the long closed Mesker Amusement Park in Evansville, Indiana.

In lieu of flowers, Brother Hortman's family asks that donations be made to Shriners Hospitals for Children, 950 West Faris Road, Greenville, SC 29605
Written by Christopher Hodapp at 12/10/2009