Black Shriners Will Meet in Tampa For Convention 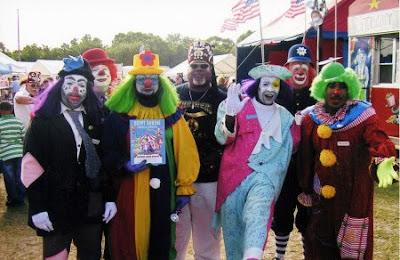 Like the more than two centuries of separation between black and white Freemasons, the appendant Masonic organizations followed the same path. The historically black Prince Hall Affiliated Shriners are the Ancient Egyptian Arabic Order Nobles Mystic Shrine, and are headquartered in Memphis, Tennessee. While they have contributed to the historically white Shriners Hospitals over the years, they are not officially part of the Ancient Arabic Order of Nobles of the Mystic Shrine, now known as Shriners International, based in Tampa, Florida. A year ago, the AEAONMS began a partnership with the American Diabetic Association as their predominant charity.

The Prince Hall Shriners are headed to Tampa for their annual Imperial Session next year. In August 2010 an estimated 15,000 members are expected.

From an article today in the St. Petersburg times by Amanda Zayas:

In 1872, for fun and charity, the white Masons started a fraternity called the Ancient Arabic Order of the Nobles of the Mystic Shrine. The black Masons formed their own Shrine group in 1893, the Ancient Egyptian Arabic Order. Both groups referred to their chapters as "temples." Both called their leader "imperial potentate."

They coexisted, sometimes in the same cities, for at least two decades. But then, the lawsuits began. In 1914, a white Georgia lodge tried to bar a black lodge from imitating its name, constitution titles, emblems and regalia. The same then happened in Arkansas. When a white Houston group sued its local black counterpart in 1918, the case expanded to include Shriner groups throughout the United States and landed in the U.S. Supreme Court.

The legal battle lasted more than a decade.

On June 3, 1929, the Supreme Court concluded that even though the black Shriners formed their group out of imitation, the white Shriners knew about the group's existence and didn't take legal action for years.

In fact, evidence showed that the white groups sold their paraphernalia to black groups for ceremonial use. The black Shriners were not trying to pass themselves off as white Shriners and it was too late for the whites to claim the symbols as exclusively theirs. The black Shriners celebrate this decision every year. They call it the Jubilee Day.

Eighty years later, Tampa's historically-black Harram Temple has no white members. The spokesman for the local historically-white Egypt Shrine doesn't think his group has any black members. Both groups say they would welcome a member of the other race.

The racial divide happens naturally, not by exclusion, says Hillsborough County Judge Eric R. Myers, an officer in the black Shriners group. Think of college fraternities and sororities. Think of sons following in their fathers' footsteps.

"Think about it across the board in a lot of organizations," he says. "Churches — come on, let's be real."

Myers, who is slated to become the chief of the worldwide black Shriners group in eight years, said he was in charge of the local temple in 1995 when he met a member with the white Shriners temple.

"Nobody had ever really talked to one another," Myers said.

The white Shriners invited the black Shriners to their circus, and the tradition has continued ever since. The black Shriners are also nationwide contributors to Shriners Hospitals, the major philanthropy of the historically-white group.

Eight years ago, the worldwide leaders of the white Shriners invited the leaders of the black group to their headquarters to trade ideas about attracting members and working together, remembers Jack Jones, imperial potentate for the historically-white group. That meeting concluded with an agreement that members of both groups could visit each others' temples throughout the organizations.

"We do have good discourse with them," Jones says. "They work toward the betterment of mankind as well as we do."

There are no serious discussions to fuse the two. What would happen to all those guys in line to become imperial potentate?

"If you come together," said Warren Spears, spokesman for the worldwide black Shriners, "that means somebody's going to be on the short end."

Expect to see much of what you saw three years ago in Tampa starting on Aug. 13 and lasting approximately a week. The city will be covered with red fezzes.

The Daughters of Isis, the female counterpart to the black Shriners, will celebrate its 100th anniversary here during the convention. They're all planning service projects. Ybor City's Seventh Avenue will make way for a huge parade.

And one of those days, maybe, the leaders of the black Shriners will visit the historically-white Shriners headquarters in Tampa to trade ideas again.

The white Shriners say they plan to extend an invitation.