Big Changes at the Grand Lodge of Pennsylvania 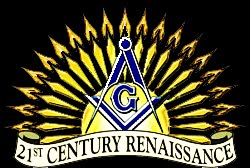 Pennsylvania has always had one of the largest memberships in the U.S., for more than 250 years. But their ritual and rules are very different from any other masonic jurisdiction. If you ever have the opportunity to visit a Pennsylvania Master Mason degree, go out of your way and take the extra effort to do so.

Freemasonry in the Keystone State has always been strict as far as their practices go. No written rituals—all work is mouth to ear, and the W∴M∴ does almost all of the speaking in all three degrees. Pennsylvania has rarely succumbed to one day classes, and never allowed even limited solicitation.

Well, much of that is changing this year. R∴W∴B∴ Thomas K. Sturgeon, Grand Master for 2010/2011 has announced an ambitious slate of changes for the upcoming year, under the aegis "21st Century Renaissance."
There is much more, and the entire program can be read here. This is the most formidable outline of reforms and changes I have ever seen a grand master propose all at one toss.  I am sure there will be grumbling across Pennsylvania, but Grand Master Sturgeon and his fellow officers have obviously been thinking long and hard about ways to face the challenges all jurisdictions are confronting.

The "Laudable Pursuit" generation of grand lodges officers are moving into the top positions all over the country, and are at last making the changes needed to adapt to the new century. In case you think Freemasonry never changes, we are living through a momentous time in the fraternity, with greater experimentation going on than at any other moment in history. Power is being devolved to the lodges, and grand lodges are removing barriers to new methods of holding meetings, teaching, learning and operating.

We live in exciting times. I'll be curious to see the reaction of Pennsylvania brethren.

Thanks to Brother Lee Martin for the heads up.
Posted by Christopher Hodapp at Tuesday, December 29, 2009