My apologies for the short notice, but I just found out about this coming Tuesday's event over on Jay Hochberg's blog, the Magpie Mason. Way too many of you guys in the northeast part of the U.S. don't know how lucky you are to live within an easy train ride of the greatest variety of Masonic lodges in the country. Take the opportunity to travel, and do it often!

The oldest lodge of the world-famous 10th Manhattan District, L’Union Française No. 17, chartered in 1797, will initiate four candidates this Tuesday evening, June 20th. The ritual will be conferred in French, and appropriately in the French Doric Room on the 10th Floor of New York's Grand Lodge building at 71 West 23rd Street in Manhattan. 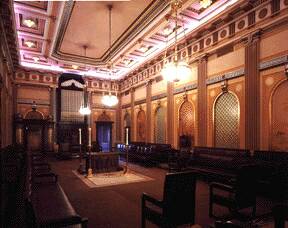 L’Union Française No. 17 will confer the Entered Apprentice Degree using the 'French Rite' ritual, which features rites of purification elements of Rosicrucian origin kept alive since 1797. UF17's degrees are similar to the ten famed, formerly French lodges in Louisiana that work what are often referred to as 'Scottish Rite Craft degrees' or as 'Red Lodges.'

The degree will begin at 6:45, after which no one will be admitted.

Arrive EARLY, because the room is NOT large, and these evenings tend to fill up very fast.

Photo ID is required to enter Masonic Hall, and your current membership card is required to work your way into the lodge room. Brethren will retire to a nearby restaurant afterward ($50 per person, cash only).

The French Rite or 'Modern Rite' was originally developed by the Grand Orient of France in the 1780s (back when everybody recognized them). They decided that the hauts grades were quickly swelling up and getting out of hand, so they essentially took the 'Scottish Rite' degree system and limited it to just seven degrees. Also in New York's 10th District, Garibaldi Lodge confers their degrees using similar ritual, derived from the French Rite, but worked in Italian.

UF17 is the oldest lodge in the 10th Manhattan District. It was chartered back on Christmas Day in 1797, but its origin was an earlier 1773 lodge known simply as "The French Lodge, formed by French Huguenot refugees and French soldiers who came with Rochambeau and Marquis de Lafayette for the American Revolution. Just two years after receiving their charter (originally #14—it's a long story), they were invited to be the first lodge to walk in the procession for George Washington's Masonic funeral service at Mount Vernon on December 30th of 1799.

The lodge had many early members who immigrated to New York from Louisiana and Saint-Domingue (the French name for Hispaniola for about ten minutes until Toussaint Louverture and the slave rebellions threw them all out and created Haiti in 1804). Another early member was Pierre-Napoleon Bonaparte, nephew of Old Boney himself.

It was also John James Joseph Gourgas' lodge. He was actually born in Switzerland in 1777, and went on to become the first Secretary General of the Scottish Rite Northern Masonic Jurisdiction in 1826 and its third Sovereign Grand Commander from 1832 to 1851, during the misery of both the anti-Masonic period and the Cerneau mess. Which is a whole 'nuther story... 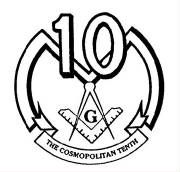 There are 16 lodges today in the 10th Manhattan District, and they grew out of the enormous immigrant populations that came to America and settled in the New York City area. The Tenth Manhattan is home to the lodges permitted to work Craft degrees in French, Italian, and Spanish, and more, which differ—often substantially—from the traditional Preston-Webb rituals you find in almost every other state in the U.S. (with the notable exception of Pennsylvania).

It's not for nothing that this group of lodges refers to themselves as the 'Cosmopolitan Tenth,' which is how you'll find them on Facebook these days: