"It was a dark and stormy night; the rain fell in torrents--except at occasional intervals, when it was checked by a violent gust of wind which swept up the streets (for it is in London that our scene lies), rattling along the housetops, and fiercely agitating the scanty flame of the lamps that struggled against the darkness." 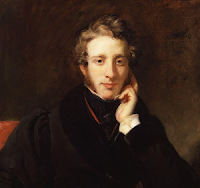 A professor from the University of Wisconsin in Oshkosh has won the 2011 Bulwer-Lytton Fiction Contest, sponsored each year by San Jose State University. The contest is named after British author and Freemason, Edward George Bulwer-Lytton (1803-1873), whose 1830 novel "Paul Clifford" begins with the oft-quoted opening line "It was a dark and stormy night."

The goal of the assignment is deceptively simple: to create the worst opening sentence of all time.

Grand Prize winner Sue Fondrie's entry charmed the judges: "Cheryl's mind turned like the vanes of a wind-powered turbine, chopping her sparrow-like thoughts into bloody pieces that fell onto a growing pile of forgotten memories."

Mike Mayfield of Austin, TX had the runner-up entry: "Sensing somehow a scudding lay in the offing, Skipper Bob tallied his tasks: reef the mains'l, mizzen, and jib, strike and brail the fores'l, mizzen stays'l and baggywrinkles, bowse the halyards, mainsheets, jacklines and vangs, turtle and belay fast the small cock, flemish the taffrail warps, batten the booby hatch, lay by his sou'wester, and find the bailing bucket."

All of the 2011 winners in various categories can be found here.

Since 1982, the English Department at San Jose State University has sponsored this annual "literary competition that challenges entrants to compose the opening sentence to the worst of all possible novels." The rules are straightforward: one sentence, no matter how torturously punctuated, for a fictional novel. Best to keep it below 50 or 60 words. Entries will be placed in categories. And the deadline is April 15th (appropriately, tax day in the U.S., which is its own dark and stormy night).

In spite of the derision heaped on his prolix prose these days, Brother Bulwer-Lytton was a well regarded novelist in his time, and contributed phrases that are a common part of society's vocabulary, like "the pen is mightier than the sword," "the great unwashed," and "the almighty dollar." His only Masonic work was his poem, The Mystic Art.

The world may rail at Masonry,
And scoff at Square and Line,
We'll follow with complacency
The Master's great Design.

A King can make a gartered Knight,
And breathe away another,
But he, with all his skill and might,
Can never make a Brother.

This power alone, thou Mystic Art,
Freemasonry, is thine;
The power to tame the savage heart
With brother-love divine!