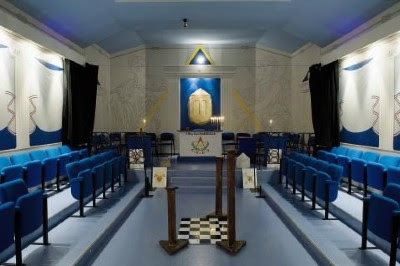 France's L'Express reports today that the Grand Orient of France, the largest grand lodge in that country with 50,000 members, has officially opened the door to initiating women. The GO is unrecognized by the overwhelming majority of Freemasons around the world.

The original article can be read here. What follows is my translation:

The Grand Orient Opens To Women

Electroshock in a very masculine Masonic landscape, the premiere obedience of 50,000 strong French brothers on Friday officially recognized the freedom of its lodges to initiate women.

Will the Grand Orient become a mixed obedience?
The Grand Orient (GO), an almost three century old federation of Lodges where only men had been fully initiated, regularly submitted the matter to its annual convention in September, but a majority never emerged in favor of allowing lodges to accept sisters or to initiate women. This refusal appears quite regressive, in view of the [fact that 17% of all French Freemasons are women, a proportion that has remained constant since 2000.] The current Grand Master [of the Grand Orient], Pierre Lambicchi, chose to change methods—namely by not waiting for further consultation with lodge representatives in September— in two ways:

1. On January 21, 2010, Olivia Chaumont, a transsexual, was recognized as a sister of the Grand Orient. This was an innovation, since the predecessors of Pierre Lambicchi had preferred to discreetly direct the brothers who became women to the mixed or feminine Lodges.

2. On April 8, 2010, the Supreme Court of Masonic Justice (CSJM) decided that the lodges are free to initiate women without violating the General Regulations of the obedience. The CSJM was written to by Pierre Lambicchi himself two weeks ago, The Grand Master wanted it to consider the question posed by [GO] lodges that initiated six women a year ago. In spite of the disavowal by the majority of the brethren in a vote of the convention in September 2009, they continued arguing that they had the right to initiate whomever they wanted in their own [lodges].

In view of this critical decision by the CSJM, the six women initiated into the Grand Orient in a quasi clandestine manner could be officially recognized by the obedience. Other sisters are certain to follow them.

Will the Grand Orient become a mixed obedience? In fact, yes. Officially, no. "We are not statutorily a mixed obedience," Pierre Lambicchi explained to L'Express. [Is this just] Masonic subtlety to calm tensions on a controversial issue? [Or] a prudent statement about what, in the land of the "Brothers of the three points," constitutes a small revolution.