MW Jay Adam Pearson, Grand Master of South Carolina, has now fired a broadside at the Imperial Shrine, joining Arkansas. Because of the Shrine's refusal to expel Masons who have been suspended or expelled by their grand lodges, he has issued the following edict:

"Effective immediately, no Mason in the Most Worshipful Grand Lodge of Ancient free Masons of South Carolina shall attend or participate in any Shrine Ceremonial, Club, and Unit meeting to include the 2013 Imperial Session of Shriners International to be held in Indianapolis Indiana with expelled masons present...Failure to obey will result in expulsion from Freemasonry and all organizations which Masonic membership is predicated." 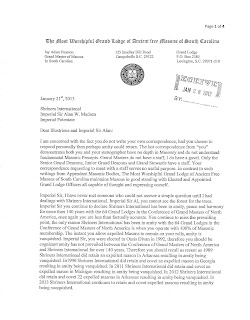 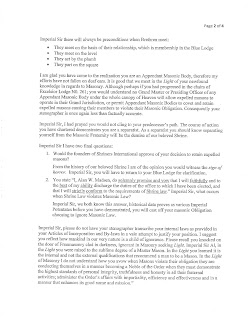 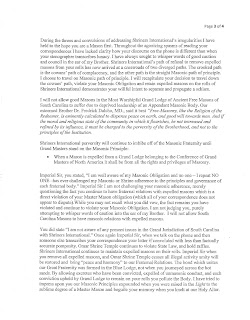 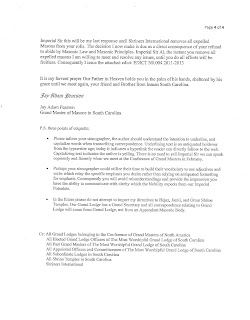 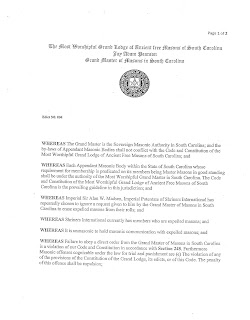 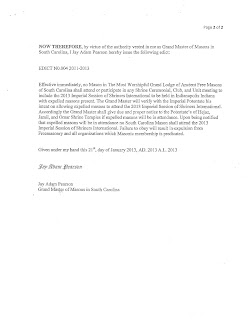