Issue #8 of the Journal of the Masonic Society 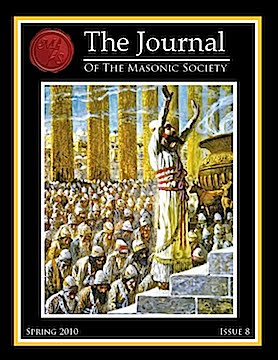 Issue #8 of the Journal of the Masonic Society is landing in mailboxes this week, featuring:

• Plus Masonic news, reports of the Masonic Society's activities at Masonic Week, new by-laws, Fellows for 2010, new advertisers, and more!

This issue’s cover features “Solomon Dedicates The Temple At Jerusalem” c. 1896-1902, by James Jacques Joseph Tissot (1836-1902). In the 1890s, Tissot left Paris and traveled extensively in Palestine, where he painted a series of what would become over 700 watercolors featuring the Old Testament and the life of Christ.
Written by Christopher Hodapp at 4/27/2010