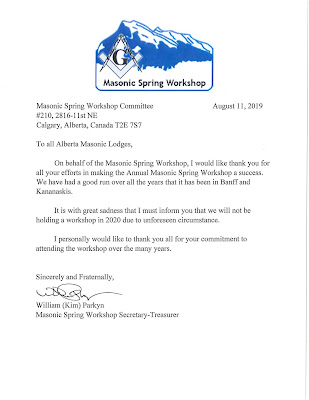 All things must pass, saideth Matthew, despite the late, atonal ex-Beatle Mr. George Harrison getting all the unmerited credit.

One of the very best Masonic encounters I've had in the last 20 years was attending and speaking and experiencing the Masonic Spring Workshop at Kananaskis in Alberta, Canada back in 2008. Alas, news arrived last week that the organizers have announced that the 2019 Spring Workshop was its last. After 54 long years of tradition, there will be no more, barring the ardor of some hot-headed Canadian resurrectionist.

Someone needs to mark the grave up at Delta Resort with a sprig of acacia.

Sooner or later, every human conjures fonder remembrances of an event from the past than may have actually occurred. But my memory of the Workshop and the lodges around Alberta was of an enthusiastic and progressive group of Masons in that region who made certain their lodges provided quality programming and education, along with real fellowship, at every meeting. It could be argued either way that it was because of the Workshops, or that the Workshops were outstanding because of their dedication. 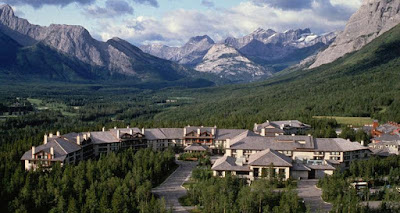 The Workshops partially grew out of a realization that Masonic egos, negativity and failure were toxic, so they created a deliberate atmosphere to keep those elements out. They took place at a magnificent resort in the Rocky mountains - not cheap, but top-flight with beautiful views, nice rooms and great food. No honorifics or exalted titles were used for the duration of the conference. There were no ties, no jackets, no gold chains, bilious medals or grand bling anywhere. Name tags simply said each Brother's name and lodge. Blue Lodge programs, history, and practical solutions were the topics all weekend, not the distractions of appendant bodies.

Apart from the workshops themselves, the true brotherhood and friendships happened in the hallways and the hospitality rooms. The scotch flowed freely, and you were likely to find one room packed with guys watching the Simpson's Stonecutters' episode, another with three TVs monitoring the hockey playoffs, and yet more with guitar singalongs. Canada being Canada, the accents were a wild smattering of international influences - French, Scottish, Australian, Austrian, Midwestern and coastal Americanos, and plenty of "eh's?" The 85-year old PGMs rubbed shoulders with 20-something Junior Stewards, all excitedly exchanging reminiscences, programming ideas, or recipes to feed fifty hungry boys on lodge night. It was without question one of the friendliest and most useful Masonic conferences I ever attended. 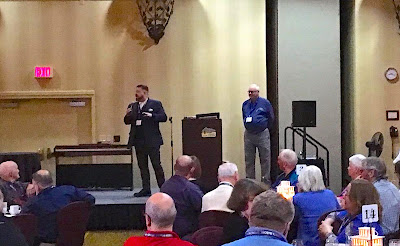 Perhaps the Workshops are yet another withered victim of our times and its flaying of human interaction. Between the 1960s and early 2000s, literate Masons across North America who were prone to back-porch philosophizing bewailed the dearth of Masonic education opportunities and made up an imaginary Golden Age when 19th-century Masonic geniuses Mackeyed, Piked and Morrised the landscape like bellowing mastodons, disgorging their brilliance far and wide to vast auditoria of eager Brethren. They longed to recreate that fantasy in real life, and Masonic conferences became more widespread as the new Internet made it easier to promote their evangel. Some were outstanding. Some were mediocre. But there was no shortage of them anymore.

But we're experiencing a slow dieback now - or maybe the natural evolution that always occurs. The tar pit always yawns forth and beckons, and always has. As many of the oldest, longest-running Masonic events shrink in size, stature and importance, new ones get created. Witness the sudden growth of the MasonicCon styled events that are equally popular and exciting to a whole new wave of brethren as the older, more famous ones once were. Meanwhile, the Internet is now so choked with great heaps of so much "Masonic education" that it's hard to separate the wheat from the Wonder Bread.

The lineup of the Workshop's sessions occasionally drifted more into the realm of esotericism and alchemy and less about how to feed fifty Masons and keep them coming back next month. So many of our Big Thinkers tend to forget that we have fresh, new eager officers and members every single year with the very same practical lodge problems we all faced 10, 20, 30 and 50 years ago. You could quite literally give the exact same presentation to an event like this every three years and have an entirely new audience who never heard it before. High-minded ruminations about Spinoza and Rousseau don't help anyone struggling with paying the gas bill in his lodge, or convincing his members to learn parts. And the danger of ignoring all of those grand lodge officers you secretly disdain as "out of touch with REAL Masonry" is that they see and hear the daily problems of often hundreds of very real Masonic lodges and thousands of very real Masons you don't even know exist. That's always the danger of cloistered thoughts and methods in any organization, but Masons tend to it with more single-mindedness than most.

Maybe some of that contributed to its demise, or maybe it had just exhausted its principal stevedores who kept shoveling coal at it for so long. That can easily happen when others take it for granted that the same people will always do the heavy lifting and need no help. 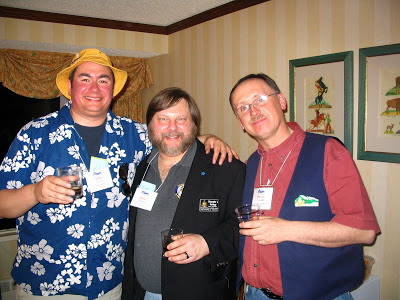 Perhaps the Masons in the area will come to feel the void now that the Workshops are no more and a phoenix will rise from its ashes. Time will tell. In any case, thanks to everyone who worked so tirelessly over the years to keep the Masonic Spring Workshop an outstanding event. Thanks for the fellowship and the knowledge. And thanks for the memories.